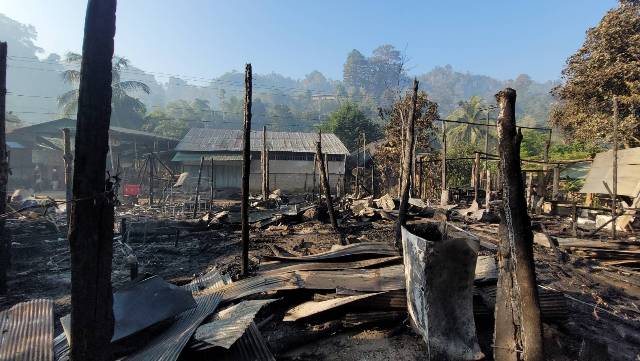 Myanmar refugees went on the rampage at a camp in Thailand’s western province of Tak on Tuesday night, torching checkpoints and vehicles, in protest against the detention and alleged assault by Thai defence volunteers of four of their countrymen who snuck out of the camp to find work.

After the disturbance, which occurred shortly after sunset, there was a tense standoff between a group of refugees and defence volunteers, until the late-night arrival of Somchai Kitcharoenrungroj, the province’s deputy governor, to negotiate with the protesters.

This morning, units of paramilitary rangers and riot police from Mae Ramat district were dispatched to the camp to reinforce the volunteers and local officials.

A defence volunteer said that travel restrictions, which prohibit the refugees from leaving the camp without authorisation to contain the spread of COVID-19, have led to resentment among some of the around 30,000 refugees in the camp. 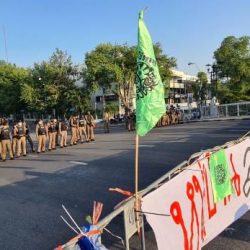