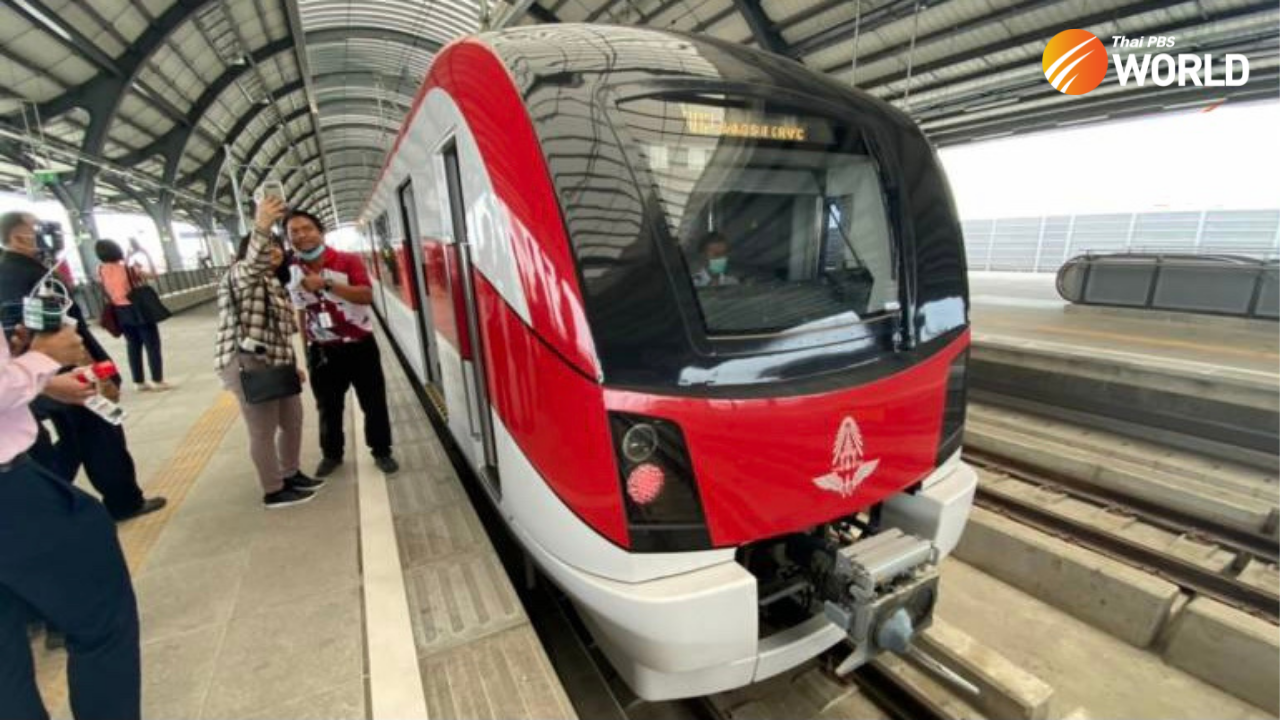 The long-awaited Red Line commuter train service launches with a soft opening today (August 2) – two years behind schedule and more than 14 years since the project got the Cabinet nod in May 2007.

The new suburban rail service could be a game-changer for Bangkok, cutting congestion and pollution for a population of more than 10 million people who are still heavily reliant on cars and buses.

This is a big change for the 130-year-old State Railway of Thailand (SRT), whose fleets mostly comprise diesel-powered locomotives – and more recently diesel-electric trains.

On the morning of August 2, Prime Minister Prayut Chan-o-cha is scheduled to preside over the Red Line’s launch ceremony via video link from Government House.

Meanwhile, Transport Minister Saksayam Chidchob, SRT Governor Nirut Maneephan and other Transport Ministry executives will be on hand to welcome travellers at Bang Sue Grand Station, where free Red Line rides will run until the end of October.

The Bang Sue-Rangsit route, called the Dark Red Line, stretches 26 kilometres and has 10 stations. The Bang Sue-Taling Chan route, known as the Light Red Line, is 15 kilometres long and has only three stations.

Aboard the Hitachi trains, which boast an average speed of 120km/h and a top speed of 160km/h, it will take about 25 minutes to ride the entire Dark Red Line and 15 minutes for the Light Red Line.

Commercial operation of the Red Line starts in November. The fares will range from Bt12 to Bt42for the entire route – Bt12-38 from Bang Sue to Rangsit and Bt12-27 from Bang Sue to Taling Chan, according to the transport minister. 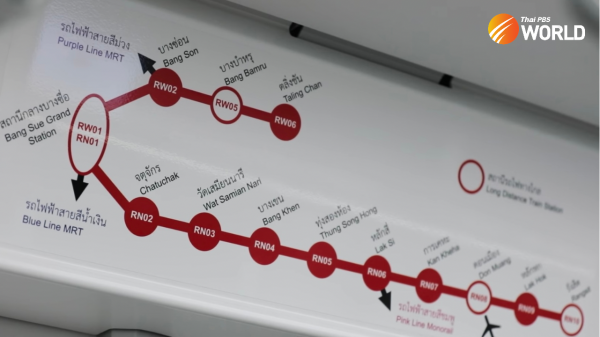 August 2 will not be the first time that passengers have boarded Red Line trains since construction of the project was completed in 2019.

A test ride by Prayut and members of his Cabinet took place last December. Then on March 26 – the 125th anniversary of railway operations in Thailand – Saksayam oversaw a trial run from Rangsit via Bang Sue to Taling Chan for registered media and members of the public.

The Light Red Line’s construction started in 2009and was completed two years later, while the Dark Red Line was begun in 2013 and finished in 2019. The entire project cost Bt88.5 billion, including Bt24 billion in loans from the Japanese government.

However, the Red Line’s first test run from Bang Sue Grand Station had to wait until construction of the new national railway hub was completed late last year.

Bang Sue Grand is the largest railway station in Southeast Asia, with floor space of over 274,000square metres. The central station has 24 platforms including 10 for future high-speed trains. Underground, it also connects with the MRT Blue Line’s Bang Sue station.

When it officially starts operating in November, Bang Sue Grand will replace Hua Lamphong Railway Station as the start point for all long-distance rail services from Bangkok.

The Red Line is part of Bangkok’s Mass Rapid Transit Master Plan, which aims to develop an urban rail network to serve Greater Bangkok and its population of over 10 million people. The two lines opening on August 2 represent just Phase I of the Red Line project. Future phases will connect with suburban areas in all directions as well as adjacent provinces. 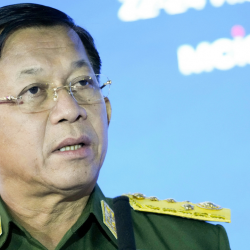 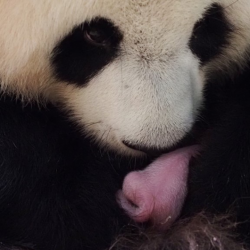