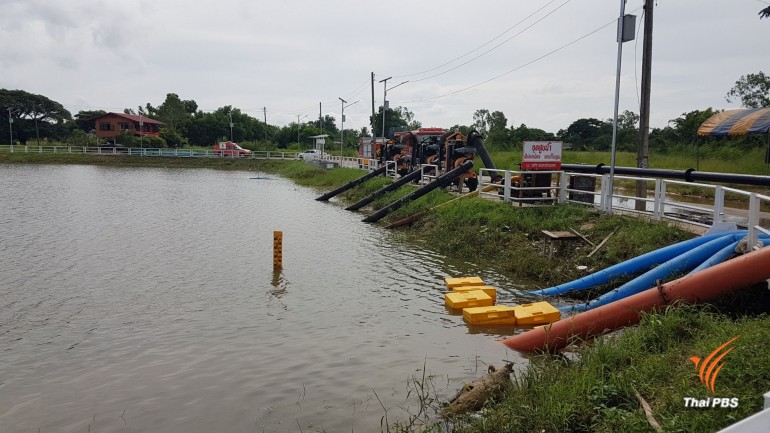 The National Water Resources Office has ordered a readjustment of the plan to drain water out of Vajiralongkorn, Nam Oon and Kaeng Krachan dams in anticipation of more rains in the imminent future after water inflow to the three dams has reached a critical level.

NWRO secretary-general Somkiart Prachamwong said he had instructed the Royal Irrigation Department and the Electricity Generating Authority of Thailand to adjust the water draining plan for the three dams after water in the dams are 90-100 percent full.

He disclosed that water in the Nam Oon dam in Sakhon Nakhon which has the capacity to hold 520 million cubic metres of water has spilled over the spillways, prompting officials concerned to install an addition of ten sets of siphon to accelerate the draining of water up to 3.6 million cubic metres/day out of the dam.

He added that siphons would also be used to accelerate the draining of water out of Kaeng Krachan dam in Phetchaburi which is now 98 percent full with water inflow estimated at 12 million cubic meters/day and nine million cubic meters of water being drained out each day which needs to be adjusted up.

Regarding Vajiralongkorn dam in Kanchanaburi, Mr. Somkiart admitted there was a limitation on the amount of water to be drained out of the dam as it might affect people living downstream of the dam.

However, he stressed the need to drain up to 200 million cubic meters of water out of the dam in 10 days and instructed officials concerned to notify people living downstream of the dam to brace for consequences from the increased water discharge.

The Meteorological Department has forecast rains in the Phetchaburi river basin today and tomorrow and this might cause flooding in some areas in Phetchaburi province as the Kaeng Krachan dam is almost full, leaving little room to store additional water inflow.

Regarding the water situation in Loei, Nakhon Phanom, and Ubon Ratchathani provinces, Mr. Somkiart said the water level in the Mekong river would rise in the next two days from accumulated rains although no additional water has been discharged into the river yet by Laos and China.