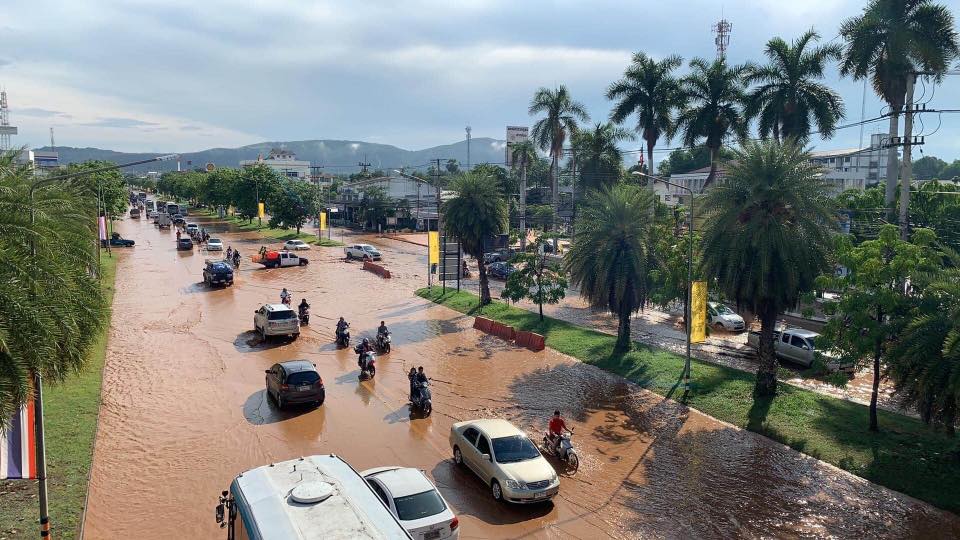 People in Pak Chong district, of Thailand’s northeastern province of Nakhon Ratchasima, are asking whether the flooding there on Tuesday was caused by the blocking of natural waterways, by a contractor constructing a railway, from whom they can claim compensation for damage caused to their property.

The Pak Chong Time webpage featured a post by Mr. Chumpol, a resident of Khuru Samakkhi community, who asked “Against whom can I file a complaint sir?  I have parked my cars here for more than ten years and there has never been such a flood. Italian-Thai (Italian-Thai Development Plc.) came to build the dual-track railway, (allegedly) blocking the waterways, causing this. More importantly, the insurance coverage on one car has just expired. Two cars and two motorcycles are damaged.”

According to the webpage, flash floods from behind Khaek wet market, which usually flow into the creek, appeared to be blocked by piles of earth, dug up by the construction company. Instead, the water flowed into the township, inundating many low-lying communities.

A Khao Yai volunteer photographer told Thai PBS that the flood level, in communities behind Khaek market when there is heavy rain, would usually be just knee deep. This time, however, some communities were under about one-metre of water and it will take several hours for the situation to return to normal. 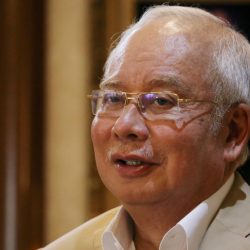