Thailand’s Royal Irrigation Department is racing against time to discharge more water through the Pasak Jolasid Dam in Lop Buri province and the Chao Phraya Dam in Chai Nat province, in anticipation of the arrival of a large volume of water from the north of Thailand over the next two weeks.

He said that the water discharged through Pasak Jolasid Dam into the Pasak River, before it flows through Saraburi and into Ayutthaya, will be diverted through a network of canals into the Bang Pakong River in eastern Thailand and, finally, into the Gulf.

He stressed that the need to speed up the discharge of water is to enable the reservoirs behind them to accommodate an expected large influx of water from the northern region. Without the increases, large swaths of land on both sides of the Chao Phraya River may flood.

The Geo-Informatics and Space Technology Development Agency (GISTDA) released satellite images yesterday, showing more than 4,640 hectares of mostly farm land, along both sides of the Prachin Buri River in the eastern province of Prachin Buri, under water.

People in Khaen Dong and Satuek districts of Buri Ram have expressed serious concern that the Lam Takhong reservoir’s banks may collapse, due to the increasing water pressure.

They point out that excess water has already flowed over the spillway and punched a gaping hole at the foot of a bridge.

Officials from the provincial public disaster prevention and mitigation office checked the integrity of the reservoir yesterday and assured people that it is still stable and no cracks in its banks were found. 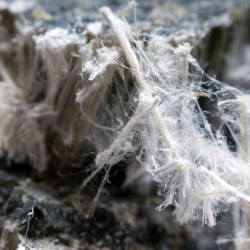 Hidden danger: how asbestos can harm our health