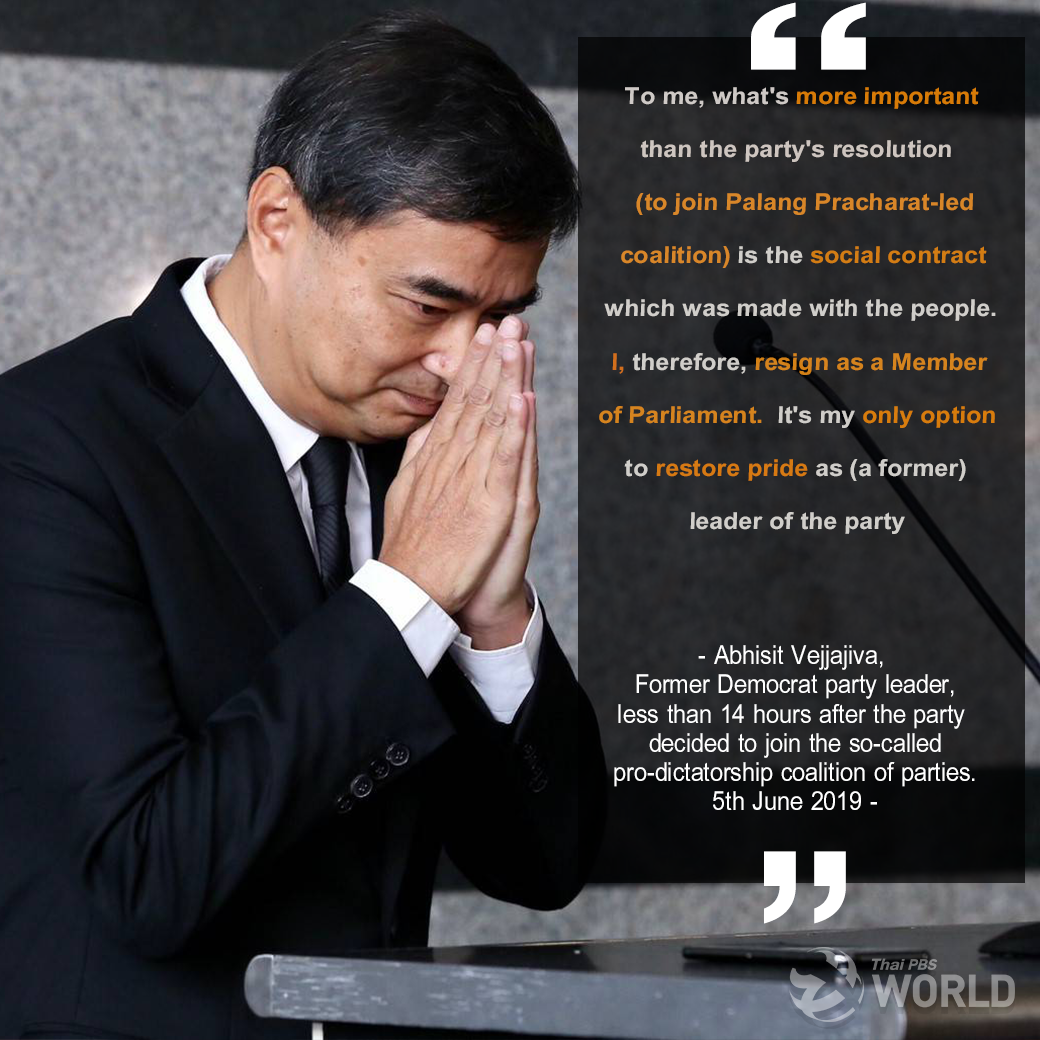 “To me, what’s more important than the party’s resolution (to join Palang Pracharat-led coalition) is the social contract which was made with the people. I, therefore, resign as a Member of Parliament. It’s my only option to restore pride as (a former) leader of the party.” 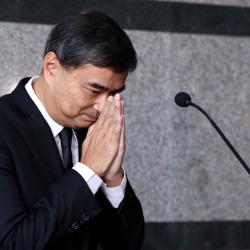 Abhisit quits as MP ahead of PM’s election 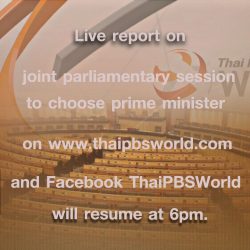