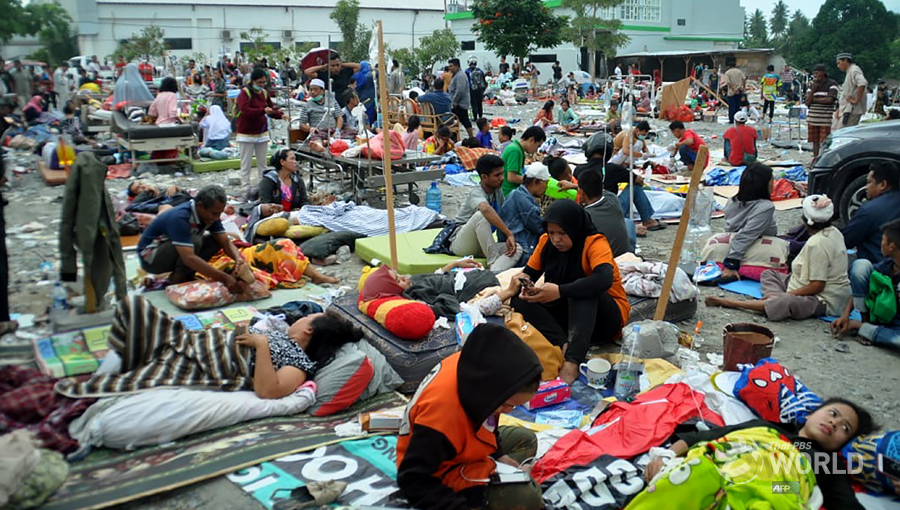 Medical team members help patients outside a hospital after an earthquake and a tsunami hit Palu, on Sulawesi island on Friday.

JAKARTA (Reuters) – At least 30 people were killed when a strong earthquake and tsunami hit the city of Palu on Indonesia’s Sulawesi island on Friday, a hospital official told Metro TV in a report broadcast on Saturday.

A tsunami up to two meters (six feet) high swept through Palu at dusk after the sleepy but growing tourist resort was rocked by a 7.5 magnitude earthquake.

Amateur footage shown by local TV stations, which could not immediately be authenticated by Reuters, showed waters crashing into houses along Palu’s shoreline, scattering shipping containers and flooding into a mosque in the city.

“Bodies of victims were found in several places, because they were hit by the rubble of collapsing buildings or swept by tsunami … but we are still collecting data,” Sutopo Purwo Nugroho, National Disaster Mitigation Agency spokesman said on Saturday.

The Palu area was hit by a lighter quake earlier on Friday, which destroyed some houses, killed one person and injured at least 10 in the fishing town of Donggala, closest to the epicenter, authorities said.

The US Geological Survey put the magnitude of the second quake at a strong 7.5, after first saying it was 7.7.

The quake and tsunami caused a power outage that cut communications around Palu. On Saturday, authorities were still having difficulties coordinating rescue efforts without power and communications as the area was rocked by aftershocks.

Tezar Kodongan, a resident of Palu who took one of the videos, told the TV station some of the city landmarks were broken. “There is no evacuation yet in the disaster area,” Kodongan added.