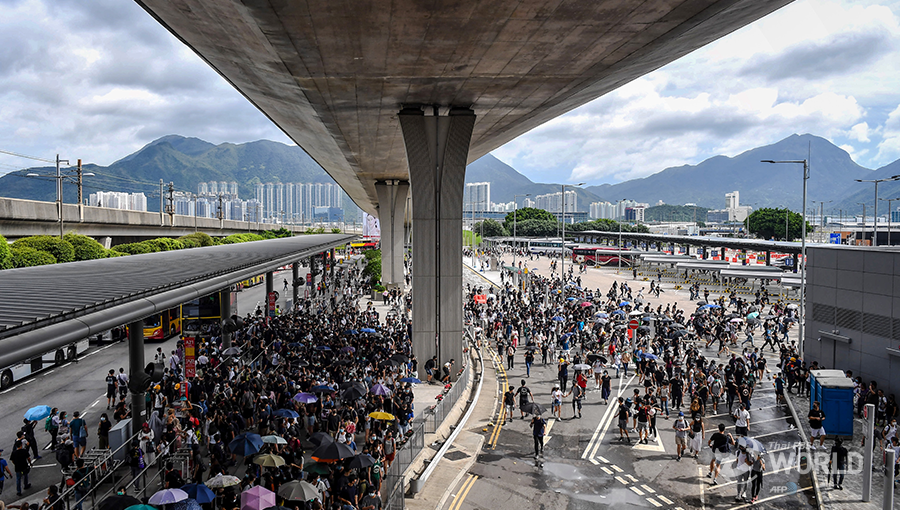 Protesters gather in the bus terminal at Hong Kong International Airport on September 1, 2019. Hundreds of Hong Kong pro-democracy activists attempted to block transport routes to the city’s airport on September 1, as the financial hub began cleaning up after another night of serious violence marked by fires, tears gas and police beatings.

HONG KONG (Agencies) — Hundreds of protesters briefly stormed Hong Kong’s international airport on Sunday, despite attempts to heighten security in anticipation of a planned demonstration, before they were chased away by police.

A group of masked protesters stormed the ground floor of Terminal 1 at around 1.30 pm, shattering a glass door blocking their path. They were chased off by airport police officers soon after.

The Hong Kong International Airport remained on partial lockdown in the afternoon, with at least one entrance closed. Airport staff have also set up barriers and gates which block certain entrances. Riot police were spotted arriving at Terminal 1 at around 1:50pm.

Meanwhile, trains to the airport were suspended as pro-democracy protesters threatened to disrupt transport links to the airport, The Mass Transit Railway (MTR) operator said.

A notice at MTR stations said trains had been suspended, “As requested by the Hong Kong Government and Airport Authority to facilitate access control arrangements at the airport.”

Demonstrators planned to choke travel routes to the airport on Sunday after a chaotic night of running battles between police and masked protesters, the latest wave of unrest to hit the Chinese-ruled city.

Protest organizers have urged the public to overwhelm road and rail links to the airport, one of the world’s busiest, on Sunday and Monday, potentially disrupting flights.

The airport closed one of its car parks and advised passengers to use public transport, without giving a reason.

A similar so-called “stress test” of the airport last weekend failed to gain momentum. Three weeks ago, some flights were delayed or canceled after protesters swarmed the airport.

Late on Saturday and into the early hours, police fired tear gas, water cannon and rubber bullets and protesters threw petrol bombs, escalating clashes that have plunged the Asian financial center into its worst political crisis in decades.

As government helicopters hovered overhead, protesters who had been banned from demonstrating set fires in the streets and threw bricks at police near government offices and Chinese military headquarters. 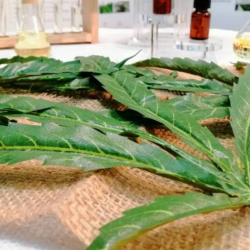 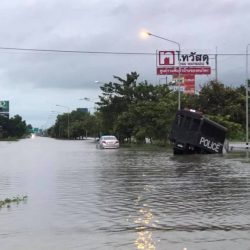