Twelve protesters from Nabon district, in Thailand’s southern province of Nakhon Si Thammarat, began a hunger strike this morning, in front of Government House in Bangkok, to reinforce their demand that the government review the bio-mass power plant project in their area.

Leaders of the “Save Nabon” protest said today (Thursday) that the hunger strike represents escalating civil disobedience, after they rejected an offer of talks yesterday with officials from the Prime Minister’s Office and the Office of Natural Resources and Environmental Policy and Planning.

They claimed that Prime Minister Prayut Chan-o-cha had ordered the project be reviewed, but that a committee has not yet been set up.

The protesters have been camping at the Chamaimaruchet Bridge, which is close to Government House, since last night and they are vowing to stay put until their demand is met.

Police have blocked access to Government House by erecting steel barricades on the road, from Chamaimaruchet Bridge to Misakawan intersection, completely closing the roads in front of Government House to traffic. Cargo containers have also been placed to block entry to Soi Rama 5, running parallel to Prem Prachakorn Canal.

Earlier, the protesters demanded that Deputy National Police chief Pol Gen Wirachai Songmetta who is a major shareholder in Absolute Clean Energy Public Company (ACE), which has invested two other companies building the bio-mass power plants, to scrap the project, but he said such a decision was not in his power. 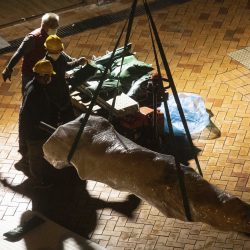 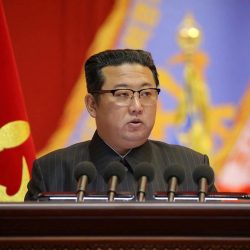