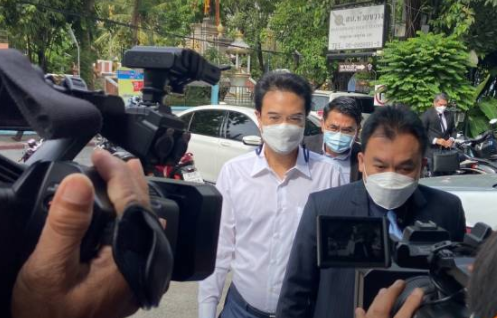 Prinn acknowledged two charges in the latest allegation – abduction of a minor and indecent assault on a minor. The alleged victim claimed that the assault occurred in 2019, when she was a 17-year-old intern and was travelling in a car, being driven by Prinn, on the way to a metro station in Bangkok’s Huai Khwang district.

Prinn’s lawyer said that he will discuss with his client the possibility of filing defamation charges against the alleged victim, along with other accusers who filed their complaints with police, amounting to 15 women so far.

On Monday, Prinn and his lawyer travelled to the northern province of Chiang Mai to acknowledge yet another sexual assault allegation, filed against him with the Muang district police by a 25-year-old woman, who claims she was sexually assaulted by the former Democrat deputy leader at a resort in the province on March 5th last year.

Prinn denied the charge and said that he will defend himself in court. He was granted bail by the Chiang Mai provincial court.

The 45-year-old politician is the only son of former deputy prime minister Supachai Panitchpakdi, who was also a director-general of the World Trade Organization (WTO) and secretary-general of the United Nations Conference on Trade and Development (UNCTAD). 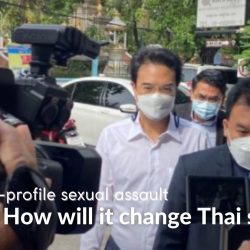 The high-profile sexual assault scandal: How will it change Thai society?