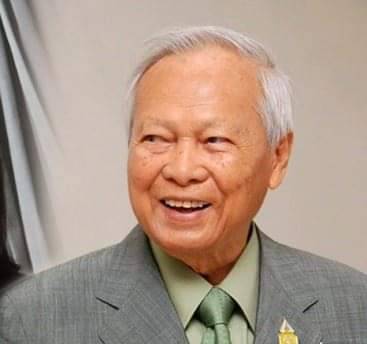 For someone whose name was largely associated with “half-baked democracy”, to be generally accepted as a “statesman” is unique. Privy Council President Prem Tinsulanonda, who passed away this week at the age of 98, lived a full life in which his action spoke far louder than words, in which he led elected politicians through thick and thin and sometimes controversially, in which he beat off military coups and survived assassination attempts, and in which some foundations were laid down for his motherland to make a significant economic leap.

Political opponents have frowned on his alleged “influences” that they claim have persisted long after his departure from politics decades ago. The dissatisfaction culminated in a small bomb explosion in front of his residence in 2006 and a rowdy protest near the same place a year after, following a coup against the Thaksin government. As with the main story of his life, his enemies did much of the talking and they and his admirers had to contend with reading his mind.

Thaksin Shinawatra’s claim that someone “living outside the Constitution” was after him led his supporters’ anger toward Prem. Through the years, the former kept his campaign portraying himself as a political victim of a conspiracy, and he succeeded in turning many into critics of the late Privy Council president.

Prem’s admirers, however, see a great patriot who always “pid thong lang phra” (plastering golden leafs on the back of a Buddha statue). It was a Thai phrase referring to doing good deeds without worrying about getting compliments or even being seen doing them. They believe he walked the talk regarding one of his most famous lines — “You shall repay your motherland”.

Another popular phrase of Prem is “It’s enough for me”. That was uttered when he declined an invitation to lead an elected government again after eight years at the political helm starting in 1980. Chatichai Chonhavan consequently became the first MP to be prime minister in a long time, ending a period decried by activists as an era of incomplete democracy.

The opponents claimed Prem just kept “overly” serving the monarchy in a different way after his political “retirement”. Again, the man of few words during his time as prime minister was the pretty much the same afterwards.

Prem was loyal to the monarchy, being named a privy councilor after he left the political scene and served as president of the Privy Council under King Rama the Ninth and King Rama the Tenth. Born in Songkhla in 1920, he lived under five monarchs.

He became prime minister in 1980 after serving as the Army commander in chief. Military clouts and deadlocked politics meant he would continue in the top government position for eight years, during which his other famous phrase came on a regular basis: “Go home, kids.”

It was said to reporters, who hounded him on major political developments despite knowing that he would give little away. They called him “Thamey Bai” (Phra Thamey the Mute). That was meant to tease him for his regular silence, although the religious name also exuded the virtue of not paying attention to what others say about oneself.

It is easy nowadays to assume that a prime minister with military backing does not have to worry about coups. Prem survived two, and they were more violent than the ones staged in recent years, as well as some more assassination attempts. A lingering image has Prem stand in front of captured “rebels” without saying a single word. The silent, reprimanding stare remains inimitable.

Prem was known for the Thai government’s negotiations with the members of the Communist Party of Thailand. Consequently, an amnesty was declared and many communist members — including former student activists — returned home. This helped end the fighting between the government and communist guerrillas in 1980s.

Prem was the target of at least four assassination attempts in the 1980s. The investigation implicated soldiers involved in a coup as well as some former communists who opposed the amnesty policy.

Under his watch, the Thai economy weathered global storms but in the end, it was taking a great stride forward. He would be remembered for a baht devaluation that was handled without a scandal and meant to save Thai exports, and for the launching of Thailand’s new era of energy utilisation.

Both critics and admirers would agree that Prem had done and gone through quite a lot. But he probably had said less about it in his lifetime than a standard politician would in a year. Because of this reticent nature, Thais may never really know many motives and intentions of his, as well as what he actually thought about the statesman status, which never comes easily. – By ThaiPBS World’s Political Desk 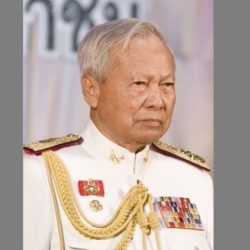 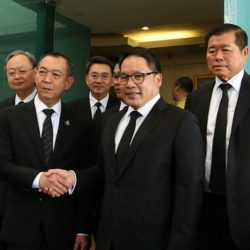