Prayut wants Thais to prepare for the worst, asks for trust in his leadership 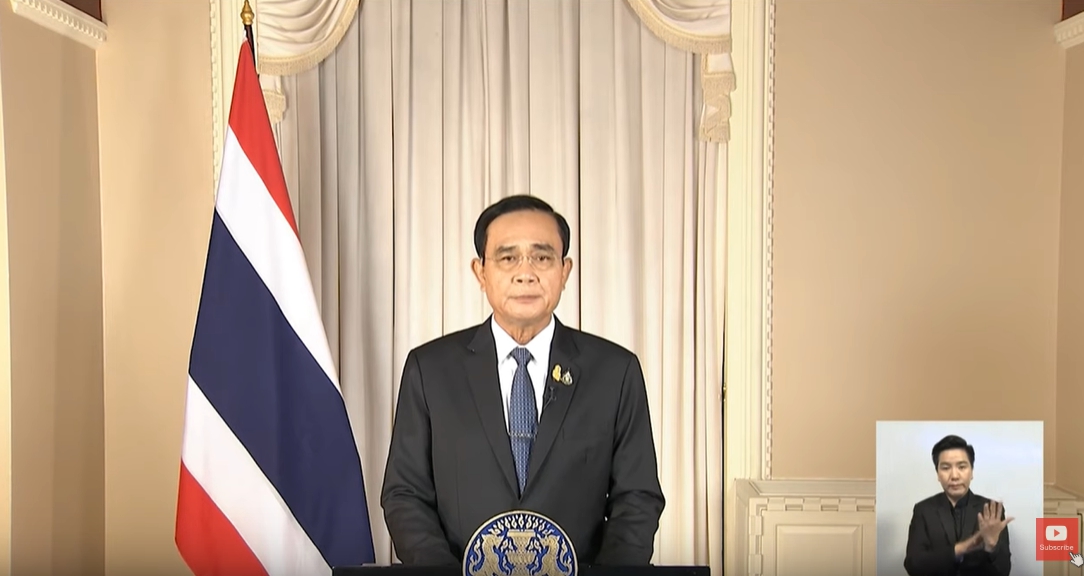 Prime Minister Prayut Chan-o-cha told the Thai people on Wednesday to expect the worst in the next several weeks or months as the coronavirus continues to ravage the country and as more stringent measures being imposed are going to affect their daily lives.

He urged all Thai people to cooperate fully with the government, to act responsibly and to comply strictly with preventive directives, which are necessary for their protection, even though they may feel their freedom is being eroded.

In his address to the nation this afternoon, following the declaration of a nationwide state of emergency yesterday, the prime minister stressed that more stringent measures are necessary to slow the spread of COVID-19 and to reduce the socio-economic impacts from the contagion.

He said that from now on he will be in charge of the fight against the contagion, from prevention and treatment to rehabilitation, and will report directly to the people on the progress of the government’s efforts.

“Several weeks or months from now may be the worst time for us, the most difficult time for Thailand. It will be an unprecedented and challenging time for us. We must accept that Thailand is now at a turning point in the fight against COVID-19 and the situation may worsen considerably. It will affect our health, our income and our ways of life,” said the prime minister.

The prime minister also warned opportunists, who hoard goods for profiteering, that they will be dealt with decisively.

In addition to the restrictions already announced, he said, without elaborating, that more will follow in the near future, which may further inconvenience people.

In order to avoid public confusion, duplication of work and distortion of information, the prime minister said the government will issue an update on the virus situation once a day.  He urged the media to rely on government information only, and to refrain from interviewing medical professionals, so that they can focus on looking after the sick.  He also asked netizens to refrain from sharing fake news.

The prime minister said, however, that the government sector cannot fight the contagion alone, but needs public participation, adding that many capable members of the private sector have been mobilized to join the fight.

“This may be painful for all of us, but it is an opportunity to demonstrate that courage, love and care for one another will bring us through the crisis,” said the prime minister.

He said the deadly virus is horrible and dangerous and is wreaking havoc the world over. “But it cannot diminish the good hearts and solidarity of the Thai people,” he said.

He promised to do his best to lead the country through this crisis, to ensure the safety of the Thai people, and he urged everyone to have faith in his leadership.

“We will weather this crisis together, to be strong again.  We will fight together and win together,” he said. 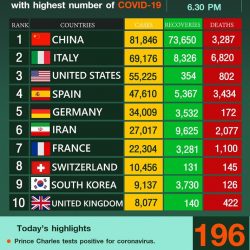 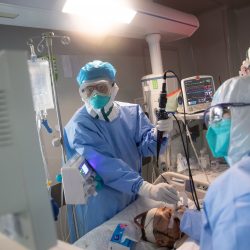 Artificial intelligence may be pandemic lifesaver... one day