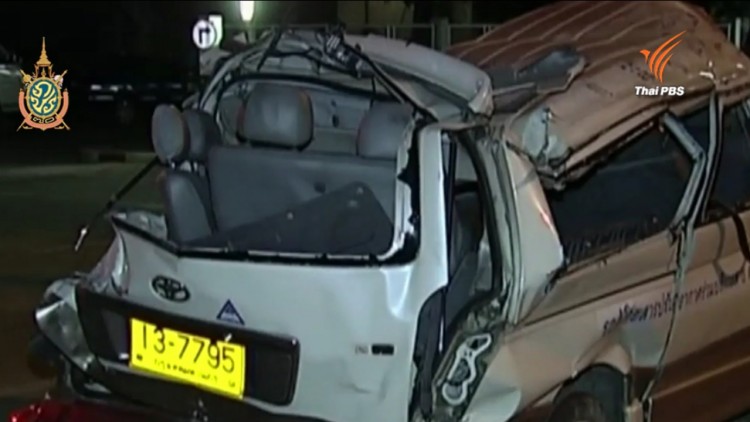 About nine years ago, Ms. Praewa, then aged 16 years and six month and without a driving license, rammed her car into the rear of a packed passenger van on the elevated Don Muang tollway, killing nine people and injuring five others.

Breaking her silence for the first time since the road horror resurfaced recently, after a TV news program reported that none of the 14 victims’ families have received any compensation from the Dhephasdin na Ayudhya family, Mrs. Ladawan Dhephasdin, Ms. Praewa’s mother, told Channel 3’s “Hone Krasae” program that the family plan to sell assets, including land plots the Pran Buri district of Prachuab Khiri Khan worth 50 million baht, and a large house in Muang Thong Thani housing estate worth about 55 million baht belonging to Colonel Ratthachai, Praewa’s father, to raise funds to pay the 26.8 million baht in compensation awarded to the victims by the Supreme Court.

Most victims were students and staff members of Thammasat University, Rangsit campus and some officials of the National Science and Technology Development Agency (NSTDA).

Mrs. Ladawan offered an apology to the families of the victims for the payment delay, saying that the family did not have enough cash and had to sell some of their assets.

She begged the Ministry of Justice to make advance payments to the victims’ families from the ministry’s fund and the family would repay the ministry after they manage to sell their assets.

She also called on any wealthy people, who would like to help the victims’ families, to buy her family’s assets so that her family could compensate the families of the victims.

“To all the netizens, it is my fault and that of Praewa’s father for not settling the matter sooner. The (Dhephasdin na Ayudhya) clan [sic] members are not involved. We would like to apologize everyone for the damage,” said Mrs. Ladawan.

Mrs. Ladawan disclosed that Praewa had been married but is now divorced and living with the family, adding “She (Praewa) appears to be suffering from depression and we are afraid she may commit suicide.” 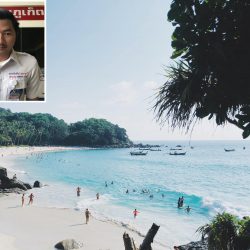 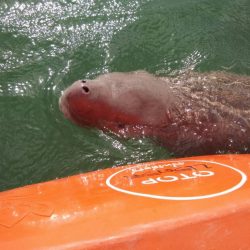