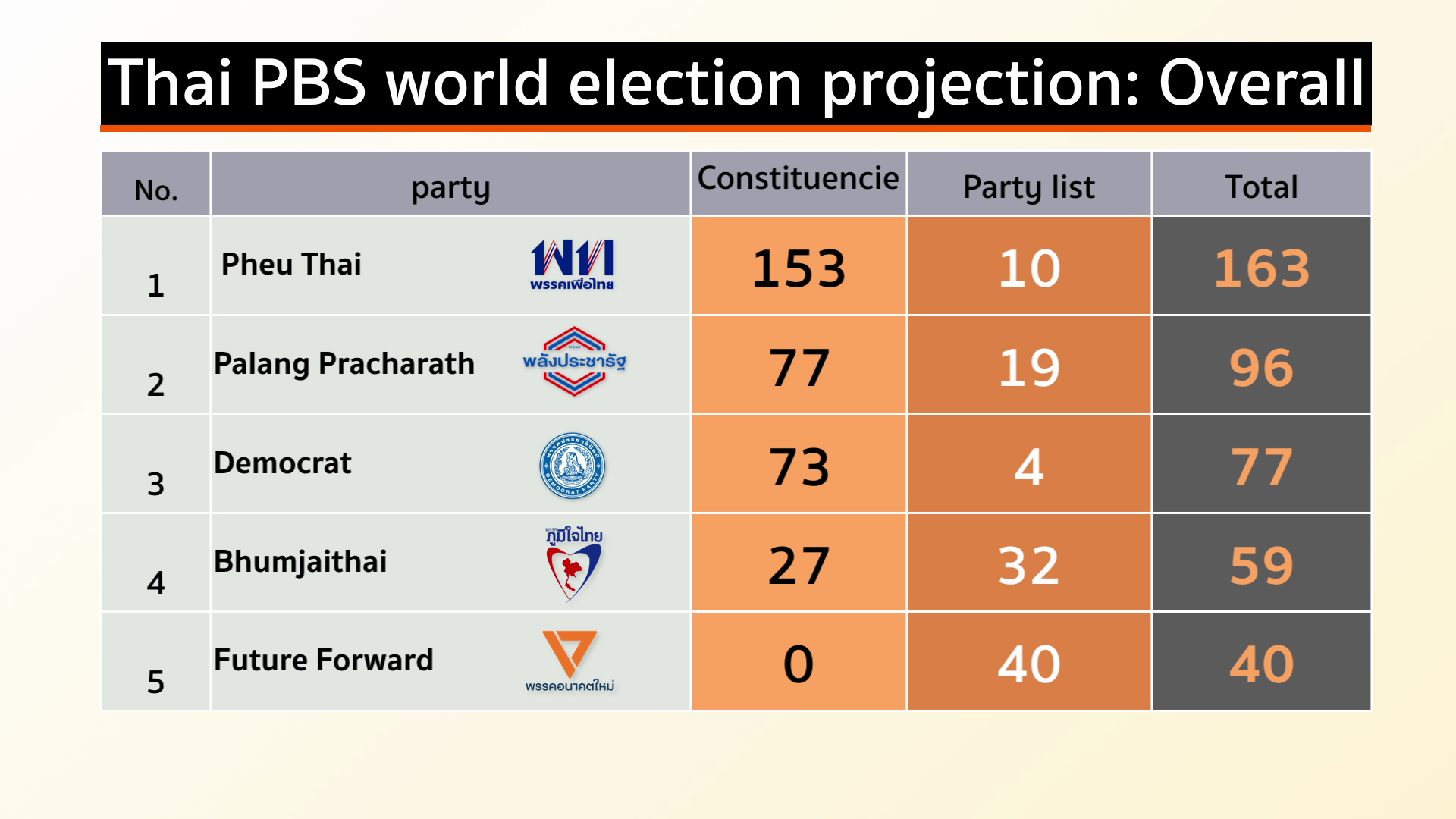 The projected results make the “swing parties”, the likes of Democrat, Bhumjaithai, Chartpattana and Chartthaipattana, a significant group of Kingmakers. The Democrats are projected by the Thai PBS and Super Poll to be winning 77 seats. Bhumjaithai is projected to win 59 seats, Chartthai Pattana 12 seats, and Chartpattana 9 seats.

Dusit Poll also found out that Pheu Thai will win the most seats, 173, compared with 96 for Palang Pracharat. The Democrat Party, whose leader Abhisit Vejjajiva had vowed to quit the helm if it won fewer than 100 seats, was projected to win 88 seats. 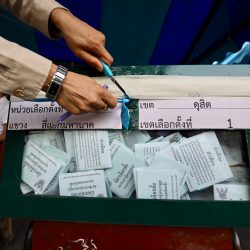