According to a recent survey, Chadchart Sittipunt, transport minister in the government of former prime minister Yingluck Shinawatra, is the current front runner in the race for Bangkok governor, with the election to be held in February or March next year.

The 7th survey, by Thailand’s National Institute of Development Administration (NIDA), was taken on November 1st, 2nd and 3rd among 1,320 samples of various groups of people in Bangkok.

The former Pheu Thai MP, who will be running as an independent candidate, is leading the pack with 33.18% support among the respondents.

The survey shows that he has the most support in all six geographical groups, including Thonburi which is part of Greater Bangkok:

As for other voting intentions, the survey shows the following:

Regarding the election of city councilors, the survey shows Dr. Chadchart’s candidates have the support of most respondents in all six geographical groups. 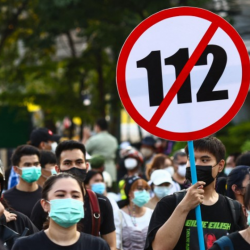 The problem with sex education in Thailand