Police have been examining CCTV footage for clues as to the identity of two men who shot at the car of former immigration chief Pol Lt-Gen Surachet Hakparn near the Patpong red-light area in Bangkok on Monday night.

Several rounds were fired at the vehicle, which was parked in front of a Thai massage parlour in a cul-de-sac off Suriwong Road, but neither Surachet nor his driver were in the car at the time of the attack.

Pol Gen Veerachai Songmetta, the deputy national police chief responsible of the case, said Monday night that he has ordered police investigators to check images captured by surveillance cameras along the potential escape routes of the perpetrators, especially in the lane where the car was parked.

The deputy national police chief said police are yet to determine the motive behind the attack, adding that the car has been sent for forensic examination.  He pleaded for any members of the public, who might have witnessed the shooting or seen the two perpetrators, to come forward.

The former immigration commissioner was once tipped as a frontrunner for national police chief.  He made news headlines on almost a daily basis as he appeared at the scenes of high-profile crimes.

Suddenly, however, on April 9th last year, Pol Gen Chakthip issued an urgent order, via the Royal Thai Police radio communication system, transferring Surachet from the Immigration Bureau to an inactive post, at the operations centre of the Royal Thai Police, without offering an explanation for the move.

On the same day, Prime Minister Prayut Chan-o-cha, in his former capacity as head of the National Council for Peace and Order, issued an executive order, under Section 44 of the interim Constitution, transferring Surachet to the Office of the Prime Minister as a civil servant with the position of a special advisor. 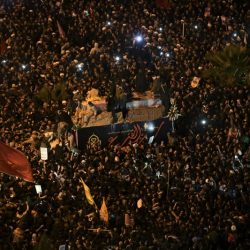 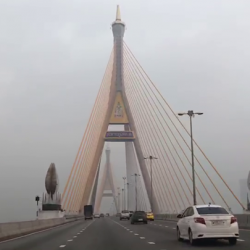