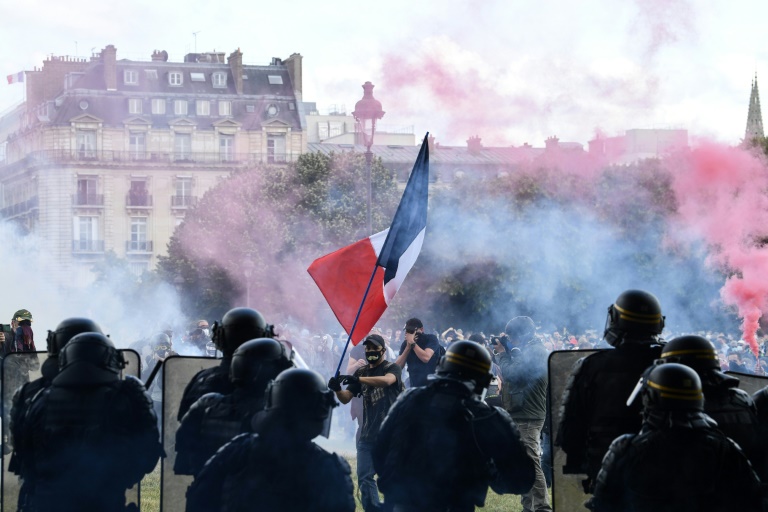 French police fired tear gas after being pelted with objects during a Paris demonstration on Tuesday led by thousands of healthcare workers demanding more investment in the health system.

Doctors, nurses and administrative staff marched without incident in the capital and other French cities to demand the government keep its promise to overhaul France’s hospital system in response to the coronavirus crisis.

But when demonstrators arrived in front of the Les Invalides complex in central Paris, protesters clad in black set fire to a vehicle and pelted the police with projectiles, chanting “everybody hates the police.”

Police then fired tear gas and charged, in tense and chaotic scenes.

The police put the crowd at Les Invalides at 18,000. A police source said radical anti-government protesters had merged into the crowd and estimated their number at between 250 and 300.

“Violent groups are trying to escalate tensions at the peaceful demonstration held by healthcare workers,” police headquarters in Paris tweeted.

Thirty-two people had been arrested, according to police.

“They have hijacked this protest by force,” Patrick Pelloux, the head of the Association of Emergency Doctors in France (AMUF) told BFM television, adding that he was “disgusted.”

A nurse was in tears. “You have ruined our protest,” she said, addressing the violent protesters.

Healthcare workers have long complained about low salaries and insufficient staff at French hospitals, leading to a series of strikes over the past year to demand funding increases.

There were clashes between the police and demonstrators in the northern city of Lille, in Nantes and Toulouse in southern France.

The French healthcare system has been under severe pressure due to the coronavirus epidemic, although officials insist it has largely withstood the challenge.

But many healthcare workers have insisted that the nightly rounds of applause for caregivers treating COVID-19 patients would ring hollow if the government did not back up the public recognition of their work with additional resources.

“We were portrayed as superheroes because we worked overtime and protected our patients without enough equipment. We were promised hirings and funding but we haven’t seen any of it,” said a nurse, Latifa, who works at a hospital in southern city Grenoble.

“Every day I had a knot in my stomach from the fear of bringing the virus home,” said home carer Amelie Membanda, who has a three-year-old boy and also works in Grenoble.

“We were there for our patients, even without masks, gloves or other protective gear. For the elderly who no longer had any visitors or had no family, we were everything,” said Membanda, who earns around 1,100 euros a month.

“We are waiting for a revaluation of salaries and for qualifications to be recognised,” he said.

Health Minister Olivier Veran on Monday said work was on to review the salaries of health workers and added that the government would have the inputs by the start of July. 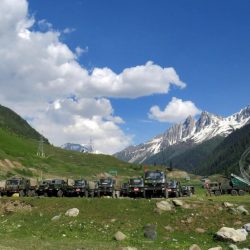 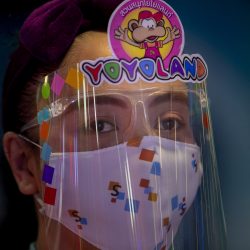