The Consumer Protection Police Division (CPPD) and the Health Service Support (HSS) Department announced a crackdown on gangs specialising in falsifying medical and educational certificates today (Wednesday), including those selling fake PCR test certificates to the public, to be used for job applications or overseas travel.

He said that warrants have been issued for the arrests of three key suspects on multiple charges, including falsifying official documents, using documents or statements to mislead people into believing that they are medical professionals in various fields and using seals or trademarks without authorisation.

The police officer said that the gang split duties among its members, with some responsible for creating websites and posting advertisements and others for contacting potential customers, hiring people to open bank accounts for their use and transferring money to various bank accounts.

The crackdown is the result of a police investigation into one of the websites offering COVID test certificates for sale at 890 baht a piece, with buyers receiving the test results within 15 minutes.

Tarakorn said they then launched a sting operation by contacting the gang via the Line account “PCR TEST 890”, pretending to be a potential customer.

HSS Director-General Dr. Tares Krassanairawiwong, meanwhile, said that the gang used the name of a medical technologist to certify the PCR test certificates and the department is now checking with the Medical Technology Council to find out whether he was actually involved in the scam.

He warned members of the public who use the fraudulent service that they may face charges and may be held accountable for spreading COVID-19 if they are infected and refuse to be tested.

PCR test certificates are only issued by authorised state or private health offices, he said, adding that people who have been vaccinated will receive their certification, which will be sent to their “Mor Prom” app on their smartphones.

Besides falsifying PCR test certificates, police allege that the gang also issued fake educational certificates, from primary school up to post-graduate level, for sale at between 1,500-1,700 baht a piece. 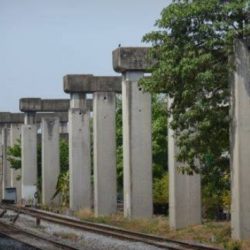