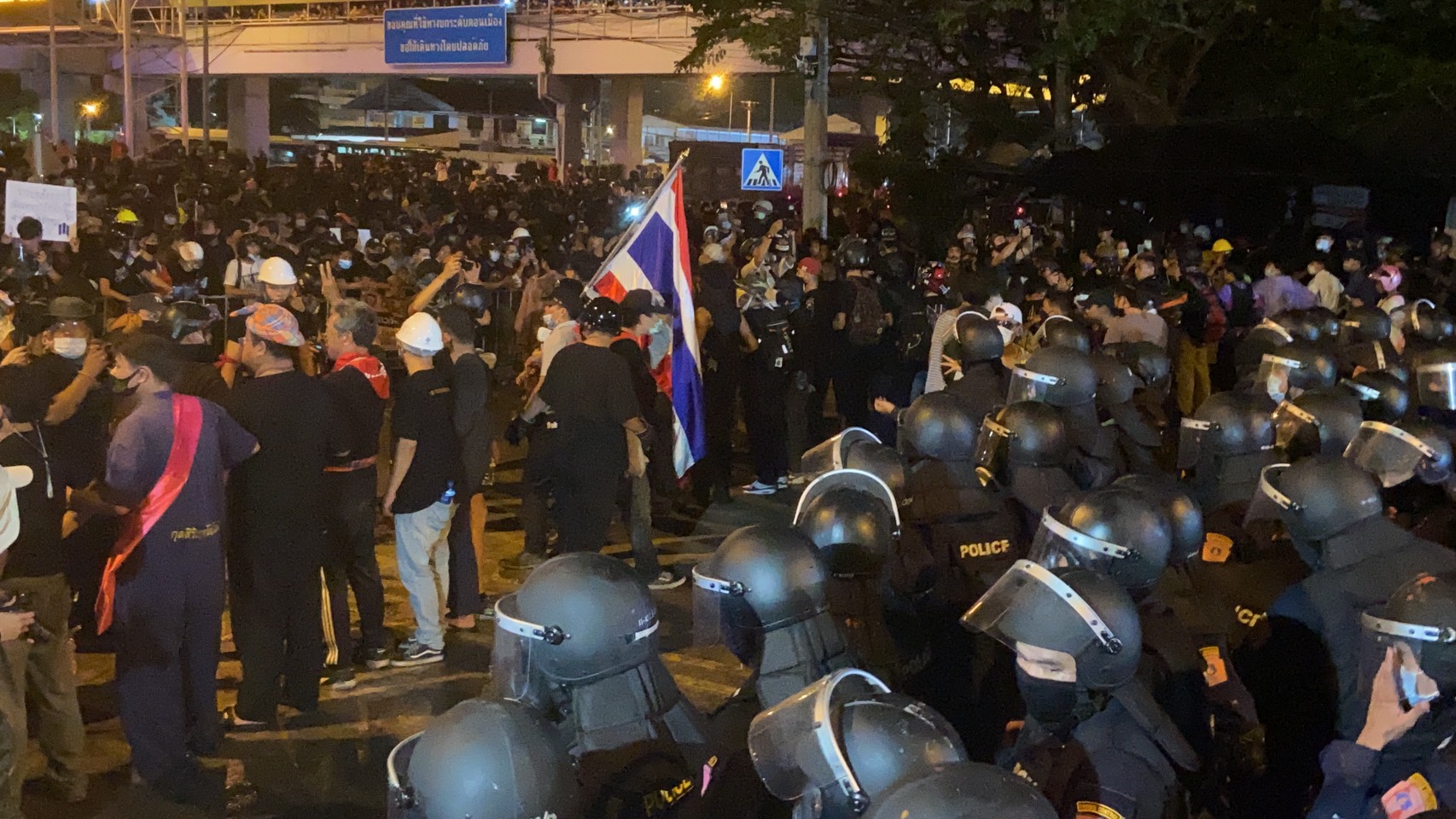 Police fired teargas and rubber bullets as they clashed with anti-government protesters in front of an army unit on Vibhavadi Rangsit Road which houses the residence of Prime Minister Prayut Chan-o-cha.

Journalists at the scene reported that some protesters hurled projectiles as they tried to approach a defence line of anti-riot police in front of the First Infantry Battalion of the First Regiment of the Royal Guards.

There were no immediate reports of injuries. At press time, hundreds of protesters ignored orders to disperse and were still rallying in front of the army unit. 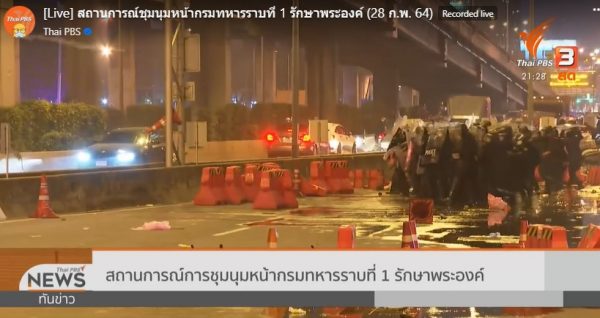 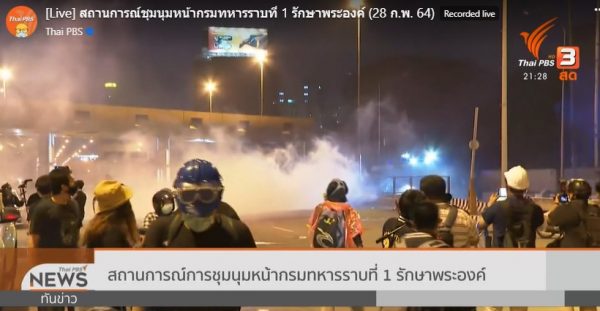 Authorities had placed dozens of containers along the road in front of the entire length of the compound of the army barrack in an attempt to block the protesters.  Razor-wires were also placed to prevent pedestrians from using the bridge in front of the barracks.

Two companies of about 200 anti-riot police were reportedly deployed in front of the barrack in Bangkhen district, while two more companies reportedly on standby.

The protesters, demonstrating in the name of the so-called “Free Youths Group”, first converged at the Victory Monument before marching to the army barracks. 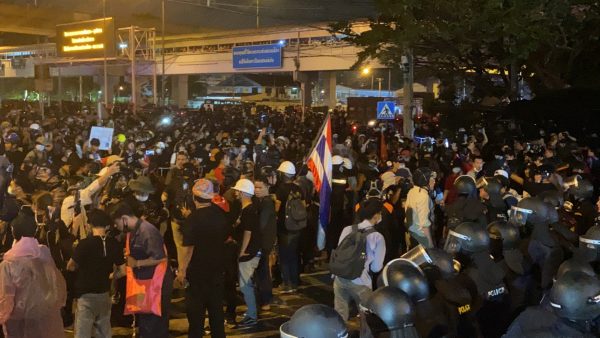 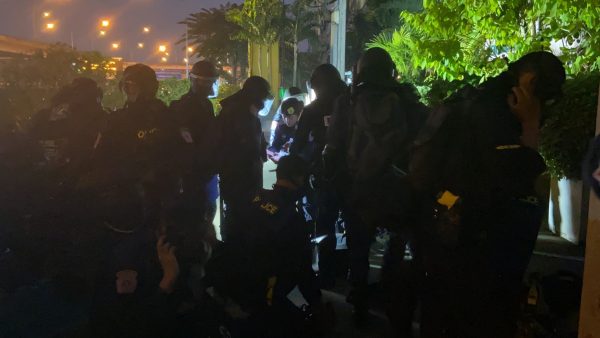 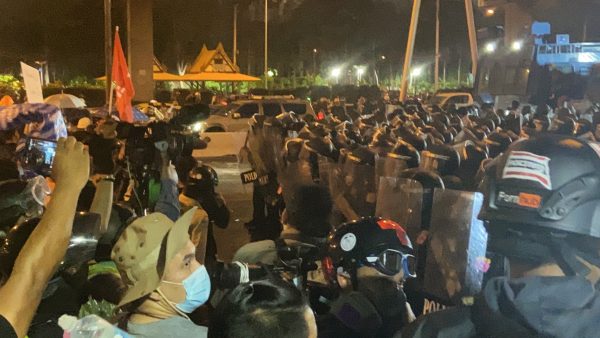 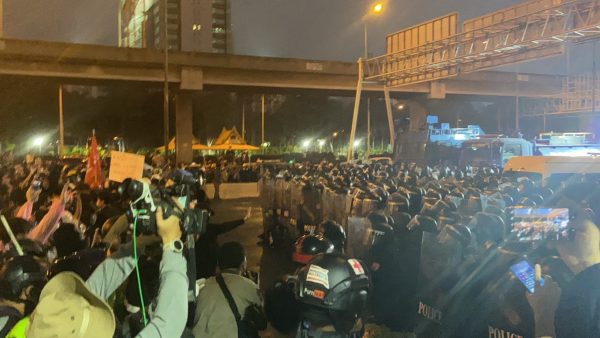 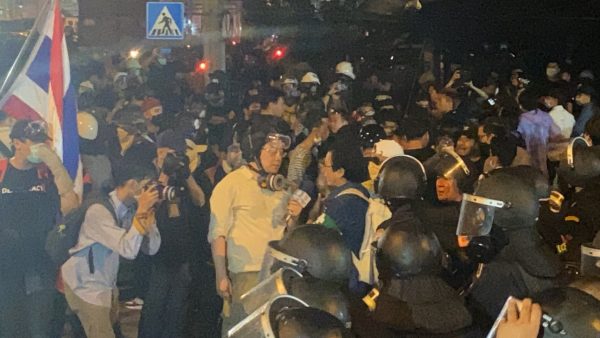 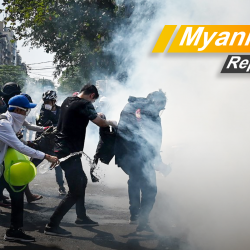 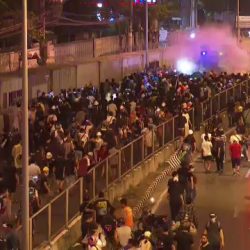