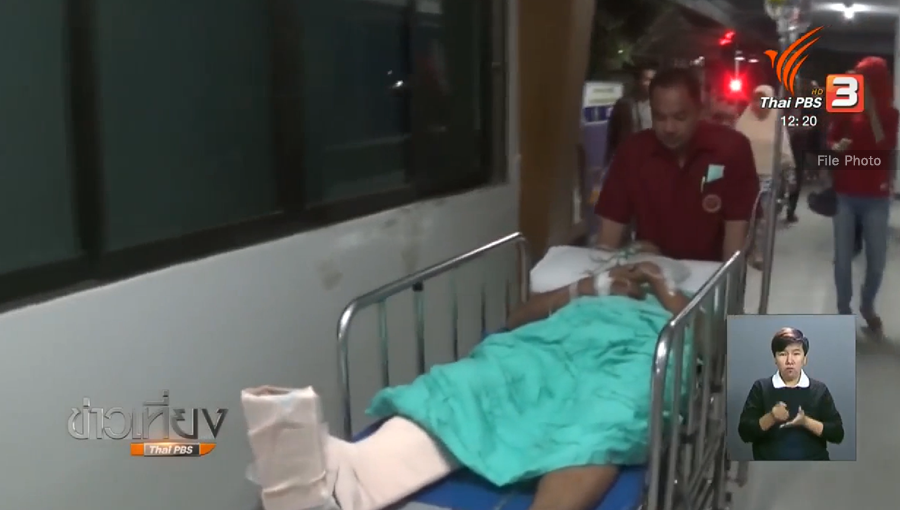 A police officer with a reputation of being a tough lawman against suspected militants was injured when a car in which he was travelling home with his wife and a two-month daughter was ambushed by suspected militants in Sai Buri district of the southernmost province of Pattani on Saturday night.

An unknown number of gunmen opened fire with automatic rifles as the car driven by Pol Cpt Boonyan Sanbakor, deputy inspector of Sai Buri district police, was travelling on a road in Ban Baloh, Tambon Paseyawor, about two kilometres from his home.

One of the bullets hit the officer’s right leg and another grazed his wife, causing minor injury.  But his two-month baby girl escaped unhurt.

Recalling the ambush, Pol Cpt Boonyan said he immediately sped away from the ambush site to a safe area where he stopped to ask a villager to drive him and his family to the district hospital.

Sai Buri district police suspected that the ambush was perpetrated by some suspected militants to take revenge on Pol Cpt Boonyan because of his frequent crackdown on the militants and their sympathizers. 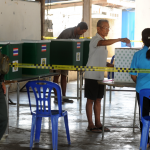 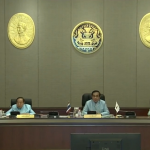