PM urges Thais to plant 400 precious trees for each household

Prime Minister Prayut Chana-o-cha has urged Thai people to plant 400 precious trees for each household so that, in the next ten years, there will be 1,000 million trees covering 26 million rai of land across the country, generating economic value worth about 100 billion baht.

The prime minister’s remark followed the cabinet’s approval in principle of a  ministerial regulation to make precious trees eligible to be used as collateral in business transactions.

The cabinet, at its mobile cabinet meeting in Phetchabun province, also endorsed the Forest Act, making it possible for private individuals or entities to plat precious trees on their land plots without seeking prior permission from the authorities.

Under the precious tree planting project, the Ministry of Agriculture will produce saplings of the precious trees such as teak, pradoo, makha for distribution to members of the public interested to participate in the project.  These grownup trees can be used as collateral for the planters to get loans from the tree banks which include the Bank of Agriculture and Agricultural Cooperatives.

Meanwhile, Minister of Natural Resources and Environment Surasak Kanchanarat on Tuesday distributed land rights documents covering  more than 30,000 rai of land to 380 landless farmers so they will be able to exploit the land to make a living.

The land plots are scattered in three provinces of Phitsanuloke, Phetchabun and Nong Khai.

The cabinet also designated more than 20,000 rai of forested land in ten provinces as community forests so that people living in the neighbourhoods of the forests can harvest forest products to make a living but, at the same time, are committed to look after the community forests. 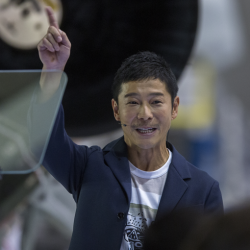 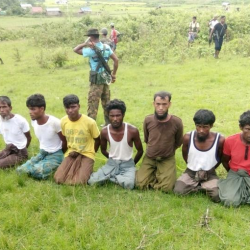