Thailand’s prime minister became frustrated after being repeatedly questioned about a possible cabinet reshuffle, and responded by spraying isopropyl alcohol at some of the press corps.

Prime Minister General Prayut Chan-o-cha sprayed the alcohol at reporters sitting in the front row at a weekly news conference on Tuesday.

The act was in response to questions about a possible cabinet reshuffle, to which he responded “isn’t there anything else to ask?” A furious prime minister then stepped down from the podium and sprayed the alcohol at reporters before leaving the room.

The action sparked criticism on social media, many discussingthe dangers of spraying isopropyl alcohol from a very short distance, which may cause eye and skin irritation or an allergic reaction.

The incident also gained attention from international media, such as Channel News Asia, Reuters, The Guardian and Sky News. Most of them reporting that this is not the first time that the Thai prime minister has lashed out at reporters. 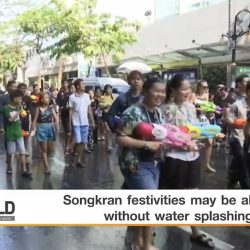 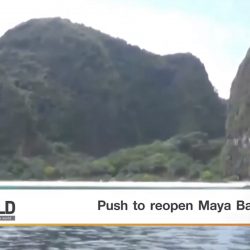