The ship, which left Hong Kong on February 1st, has already been refused entry to the Philippines and Japan, and numerous ports in Taiwan and Guam, for fear that the passengers may be carrying novel coronavirus.

Thailand’s Prime Minister confirmed the Transport Ministry’s decision to deny the cruise ship entry to Laem Chabang deep-sea port, but said that the Government will provide humanitarian aid such as fuel, food and water.

He stressed the need to adopt the same measures applied by the other countries and asked for understanding, noting that there are more than 2,000 passengers and crew on board the vessel.

“We are now in Stage 2 of the virus infection and we are able to contain it, but we must make sure that it does not advance to Stage 3,” said the Prime Minister.

The Westerdam cruise ship is due to complete its voyage in Yokohama on February 15th.  The cruise was cancelled soon after departure, when Japan banned it from visiting any port in the country.  Then it sailed to Manila, Taiwan and Guam, only to be refused docking permission at each port.

Surat Thani governor Wichavuth Jinto said that health officials have screened all the passengers with thermal scanners and infrared thermometers before they were allowed to disembark.

All the passengers are due to leave for Singapore this evening. 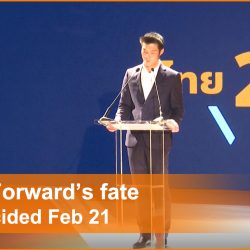 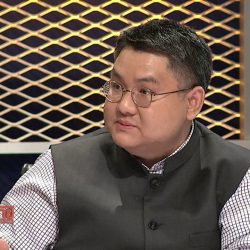