Despite mounting pressure from various political quarters,  Prime Minister Prayut Chan-o-cha insisted today the four Cabinet members who have joined the pro-junta Palang Pracharat Party do not have to resign from their political posts.

Defending the four ministers, he said that their affiliation with the Palang Pracharat party is their personal affairs. But the prime minister said he has cautioned their four Cabinet members that whatever their political undertaking, their work at their respective ministries must not be affected.

Gen Prayut also insisted that there is no law that prohibits Cabinet ministers from being associated with political parties.

Politicians from at least two major parties, the Democrat and Pheu Thai, have called on the four ministers to resign immediately as they would have unfair advantage over other politicians in the upcoming election. 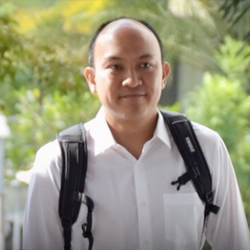