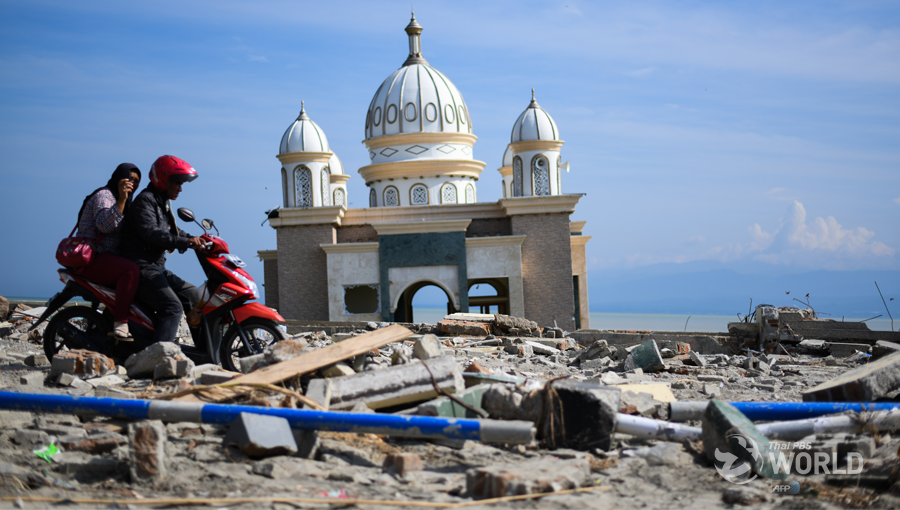 A couple make their way past a damaged mosque in Palu in Indonesia’s Central Sulawesi on October 4, after an earthquake and tsunami hit the area on September 28.

Prime Minister Gen Prayut Chan-o-cha this morning made a donation of 5 million baht to help victims of Indonesia’s earthquake and tsunami as international efforts to assist the Indonesian government to deal with the devastating natural disasters gathered pace amidst concerns over hundreds of thousands with little food and water.

Gen Prayut handed over the donation to Indonesian Ambassador to Thailand Ahmad Rusdi at the Government House.

Gen Prayut expressed confidence in the Indonesian government’s ability under President Joko Widodo’s leadership, in coping with the effects of the disaster and in leading the country to recover from the crisis.

He also thanked Indonesia for coordinating the repatriation of 32 Thais who were evacuated from quake-stricken Palu town on Sulawesi island and flown back to Thailand.  He said his government is in talks with Thai business operators with investments in Indonesia about securing more donations and help for Indonesia.

The Public Health Ministry said it has prepared a team of 25 health personnel to be dispatched to Indonesia.

Meanwhile, desperate residents on the west coast of Sulawesi island were scavenging for food in farms and orchards as the government struggled to overcome shortages of water, food, shelter and fuel in a disaster zone with no power and degraded communications.

Chaos has loomed at times with angry people in the region’s main city of Palu, 1,500 km (930 miles) northeast of Jakarta, looting shops and thronging its small airport, scrambling for any flight out.

The official death toll from last Friday’s 7.5 magnitude quake has risen to 1,407, many killed by tsunami waves and landslides it triggered. Officials say the toll will rise.

Most of the confirmed dead have come from Palu and losses in remote areas remain unknown. Communications are down and bridges and roads have been destroyed or blocked by slips.

But international efforts to help are gearing up, after the government overcame a traditional reluctance to take foreign aid.

“The government of Indonesia is experienced and well-equipped in managing natural disasters, but sometimes, as with all other countries, outside help is also needed,” UN Under-Secretary-General for Humanitarian Affairs and Emergency Relief Coordinator Mark Lowcock said in a statement. 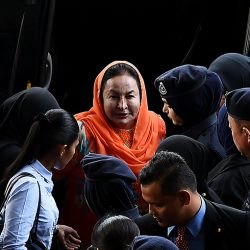