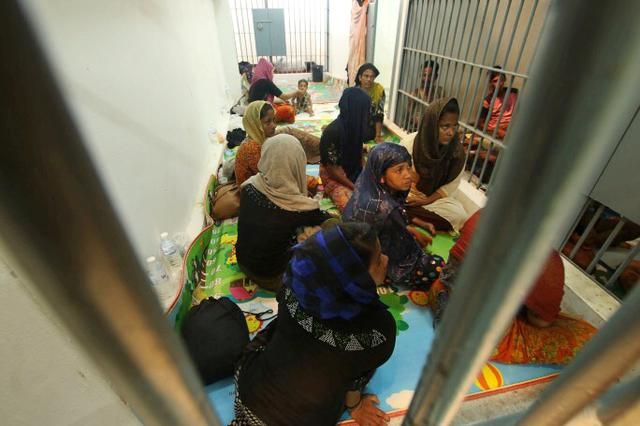 (Photo) Rohingya people are seen detained in a police station after a fishing boat carrying more than sixty Rohingya refugees was found beached at Rawi island, part of Tarutao national park in the province of Satun, Thailand/Reuters

Prime Minister Prayut Chan-o-cha has instructed police to investigate as to whether there were any people, including government officials, responsible for bringing a group of Rohingya by boat to Rawi Island in the territory of Tarutao national park in Thailand’s southern province of Satun.

Government deputy spokesman Lt-Gen Werachon Sukondhapatipak said today that the Prime Minister attaches importance to the problem of Rohingya refugees and ensures that they are provided with humanitarian help.

As for the most recent group of 65 Rohingya people, who are now being cared for on Rawi Island, he said the Prime Minister wants to find out whether they are victims of human trafficking and whether there were any government officials involved.

Meanwhile yesterday, Pol Gen Suchart Thirasawat, the police inspector-general, surveyed, from the air, the suspected route of the boat which brought the Rohingya to Rawi Island.

He said that officials from the department of social development and human security were in the process of screening suspected victims of human trafficking adding, however, that the process hit problems due to a language barrier and an interpreter has been requested.

A Thai man, Sompong Papan, a resident of the southern province of Ranong, and five Myanmar crew members on the boat that carried the Rohingya, have initially been charged with facilitating entry to the country of illegal immigrants.

It was also reported that Rohingya in Malaysia were known to have contacted a human trafficking network in Myanmar to bring their relatives from Bangladesh, through Myanmar and Thailand, to Malaysia by boat or by land. 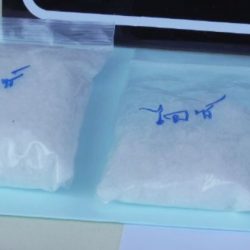