A large number of people, including Privy Council members, Cabinet members, chairman of the National Legislative Assembly, president of the Supreme Court, permanent secretaries of all ministries and representatives of state enterprises and independent agencies attended the ceremony.

After a prayer, Gen Prayut led the ceremony to offer alms to 670 monks from various temples in Bangkok. A similar ceremony was also held in all provinces nationwide.

Gen Prayut then led the people in making a pledge of allegiance to His Majesty the King. After that he proceeded to the Royal Palace to sign the book extending a birthday blessing to His Majesty.

In the evening, the prime minister will lead Thai people in a grand ceremony at Sanam Luang to offer birthday blessings to His Majesty the King. 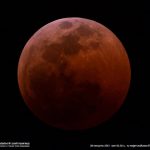