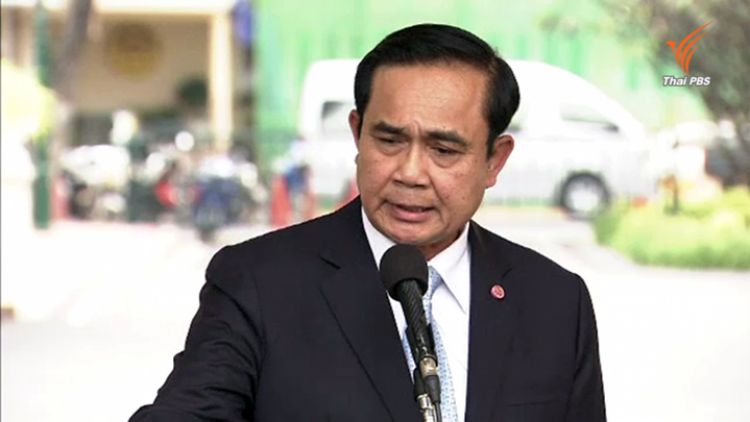 Prime Minister Prayut Chan-o-cha announced today that there are no more changes to the cabinet line-up required and pleaded with all parties concerned with government formation to stop bickering and allow the country to move forward.

Speaking to the Thai media at the G20 summit in Osaka, Japan, the Prime Minister said that the cabinet list had been finalized, with each individual being checked by the secretary-general of the cabinet to make sure that their qualifications meet the legal requirements, after which the list will be submitted to the Palace for Royal approval.

After there is a Royal Command endorsing the cabinet list, the government will have 15 days to present its policy statement to parliament, said the prime minister.

However, there is still some resentment within the Palang Pracharat party, the core party of the coalition government, especially among the Sam Mitr faction, as well as a group of about 16 MPs representing the central region, over what they described as the Prime Minister’s broken promises.

The Prime Minister said in Osaka that all ministries, whether big or small or graded A or B, are equally important because the government is not a private company, adding that the would-be ministers must be suitable and they can be replaced if it is later proven that they are not fit for the job.

Cabinet ministers for the whole country, not just people in their constituencies said the Prime Minister, as he pleaded with MPs, who did not get a cabinet seat, to stop voicing their resentment, especially on social media.

A key figure in the Sam Mitr faction, Mr. Suriya Juangroongruangkit, told The Bangkok Insight on Friday night that he was told by the Prime Minister on Thursday that he had been nominated to be industry minister, in place of Mr. Sontirat Sontijirawong who will become the energy minister.

Suriya, who was earlier tipped to become the energy minister, said several party MPs had expressed concern that he would be targeted by the opposition as industry minister because of his family’s industrial interests.

He admitted that he was surprised that a member of the Sam Mitr faction, Mr. Anucha Nakasai, who was earlier promised the post of deputy finance minister, has been dropped from the latest cabinet lineup, adding “Today, I will go back home to pray and to keep calm so I will be able to think clearly.  Personally, I would prefer to part with the government. At this moment, I think I better leave.”

It was reported that Mr. Suchart Chomklin, Chon Buri MP and a member of the 16 MPs representing the central region, has also been dropped from the latest lineup, with his labour portfolio to be given to M.R. Chatu Mongol Sonakul of the Ruam Palang Prachachart Thai, who was earlier tipped to be foreign minister.

The Chart Pattana party has finally been included in the cabinet with party leader, Mr. Tewan Liptapallop, being given the deputy industry minister’s post. 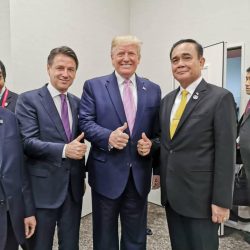 Gen Prayut with world leaders at the G20 Osaka summit 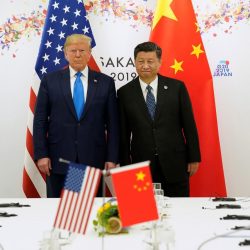 "Back on track": China and U.S. agree to restart trade talks