Thailand’s Consumer Council (TCC), a non-profit consumer protection network, has voiced its strong objection to the planned 59-baht maximum train fare for the two extended routes of the BTS sky train system, or Green Line, claiming that the maximum fare should not exceed 44 baht.

TCC Secretary-General Saree Aongsomwang also proposed yesterday (Tuesday) that the maximum fare on the Green Line should be reduced to 25 baht for the entire route, from Khu Khot in Pathum Thani province to Kheha in Samut Prakan province, after the expiry of the contract between the Bangkok Metropolitan Administration (BMA) and BTS, for the latter to operate the sky train service, in 2029.

The opposition comes after Bangkok Governor Chadchart Sittipunt, who oversees the controversial concession extension and fare issues, said on Wednesday that he agrees with the Thailand Development Research Institute Foundation’s (TDRI) proposal of capping the maximum fare at 59 baht.

If the maximum train fare is set at 59 baht, she said that a commuter would have to pay 118 baht per day, which is beyond the means of someone who earns the minimum wage of 331 baht a day.

Saree insisted that the 30-year contract, from 1999 to 2029, between the BMA and BTS remains valid and the fare price should stay at 44 baht, as stipulated in the contract.

Chadchart explained yesterday, following some backlash, that the 59-baht price is only for the two extended lines, from Bearing to Kheha and from Mochit to Khu Khot, and that the higher price is only for a “short period”, to help sustain the operations as the extended routes have been operated a service free of charge for several years.

The entire sky train system is divided into three phases. The first phase is divided into two routes, from Mo Chit to On Nut and from the National Stadium to Wongwian Yai.  This phase was completely funded by BTS under a Build, Operate and Transfer contract. BTS is allowed to operate the system for 30 years and keeps the revenue, after which the system will be transferred to the ownership of the BMA.

The Second Phase involves two extensions to the First Phase, from On Nut to Bearing and from Wongwian Yai to Bang Wa. The BMA invested in the infrastructure for the project. Former Bangkok Governor Sukhumbhand Paribatra approved the signing of a contract between the BMA and BTS for the latter to operate the two extensions for 30 years, from 2012-2042, on the condition that BTS is responsible for the maintenance and acquisition of carriages and the installation of operating systems. Revenue collected by BTS from these two extensions is to be returned to BMA.

The Third Phase consists of two extensions, to Khu Khot and to Kheha. The Mass Rapid Transit Authority (MRTA) invested in the infrastructure. This is where a legal problem occurred, because the areas are beyond the jurisdiction of the BMA. The cabinet intervened, entrusting the BMA with the operation of the two extensions. It also assigned the Ministry of Transport to hold talks with the BMA, the MRTA and the Finance Ministry about the construction costs, which remain inconclusive.

The consequence of this stalemate is that the fares on these extensions have not been charged to passengers, according to Asst. Prof. Pramual Suteecharuwat of the Faculty of Engineering at Chulalongkorn University, an expert in rail systems in Thailand. 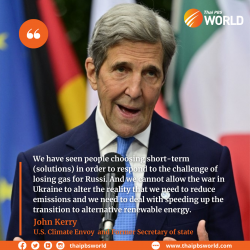