The race to lead the Philippines kicked off Tuesday, with the son and namesake of former dictator Ferdinand Marcos the favourite to succeed authoritarian firebrand Rodrigo Duterte and return his clan to the presidential palace they once fled.

Candidates hit the hustings for the three-month campaign season in a chaotic and colourful charm offensive aimed at wooing millions of voters typically more interested in personality than policy.

More than 35 years after the country emerged from his father’s dictatorship, polls showed Ferdinand Marcos Jr heading towards a landslide victory in the May 9 elections.

Boosted by a massive social media campaign and a formidable alliance with first daughter and vice-presidential candidate Sara Duterte, Marcos Jr — one of the most polarising figures in the Philippines — has vowed to “unify the country”.

Thousands of supporters chanting “Bongbong, Sara” crowded into an indoor stadium owned by an influential church near Manila for a noisy, rock concert-like campaign launch of the running mates.

“When I first declared my intention to run as leader, as president of the Philippines, my only wish was to make our country united again,” Marcos Jr told cheering fans.

“Unity is my cause because of my firm belief that unity is the first step towards getting out of this crisis we are now in.”

Incumbent Vice President Leni Robredo — a former lawyer for the disadvantaged and a rival of Marcos Jr and Duterte — is a distant second in voter surveys.

On the first day of her pink-coloured campaign in her hometown of Naga in the central province of Camarines Sur, Robredo told supporters “a president must be truthful, must obey the law, must protect the state coffers”.

“We must end the old and rotten politics at the root of problems crushing the Filipino,” Robredo said.

“This is the soul of our fight.”

Outgoing presidents usually identify their preferred successor, who they hope will keep them out of prison as much as protect their legacy.

Duterte, who is constitutionally barred from seeking a second six-year term, had chosen loyal aide Senator Christopher Go to replace him, but he pulled out of the contest.

On the eve of the campaign season, Duterte, who has previously accused an unidentified presidential contender of snorting cocaine and described Marcos Jr as “weak”, said all candidates “are my friends” and he would not endorse anyone “at this time”.

Victory for Marcos Jr would be the ultimate comeback for the controversial family, which was chased into US exile after the patriarch’s humiliating downfall in 1986.

The dictator oversaw widespread human rights abuses to maintain his control of the country and enable his massive plundering, with thousands of people killed or tortured, according to previous Philippine governments.

Opponents seeking to block another Marcos presidency have filed petitions with the Commission on Elections to have the son thrown out of the race over a previous conviction for failing to file income tax returns.

He has already beaten one of the challenges, but a key ruling on several disqualification cases has been delayed.

Even if Marcos Jr were kicked out of the race, election rules would allow another member of the Marcos family to take his place.

He has defended his father’s rule by citing economic growth, and minimised the human rights abuses during that regime — messages that have been amplified by a huge social media campaign that critics say is using misinformation to rewrite history.

But persistent questions over his family’s past and alleged ill-gotten wealth have become a source of irritation.

He has snubbed invitations to participate in interviews or forums with rivals, and told a journalist he would no longer “return to 35-year-old issues”.

While her volunteer-driven campaign has struck a chord with progressives, her mild-mannered personality is hurting her appeal in the deeply macho country. 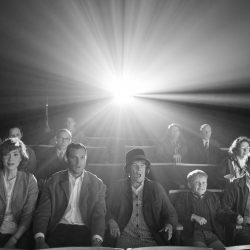