The opposition Pheu Thai party announced today (Thursday) that it will seek a ruling from the Constitutional Court over parliament’s resolution Wednesday night, opting for a change in the method used to calculate party-list House seats, which will benefit smaller parties at the expense of major parties, like the Pheu Thai, in the next general election.

A joint session of parliament endorsed the proposal of the minority faction of the House scrutiny committee vetting the organic law on elections, by 392:160 votes with 23 abstentions, to use 500, instead of 100, to determine the number of party-list seats which each contesting party will receive.

After the vote, Pheu Thai party leader Chonlanan Srikaew claimed that the change is unconstitutional and in violation of Section 91 of the charter, which was amended last year.

In a statement issued today, the Pheu Thai party said that all the draft bills to amend Section 128 of the charter, regarding the method for calculating the party-list seats, including those of the government, agreed with the use of 100 in the calculation, which was also approved by the House scrutiny committee.

There were, however, rumours over the past two days that the powers within the government want to revert to the proportional representation formula, in order to prolong their stay in power, and these rumours were proven to be true when parliament voted overwhelmingly to change the method of calculation, said the party in the statement.

Former Democrat MP and now deputy leader of the Sarng Anakot Thai party, Nipit Intarasombut, noted that the government had insisted on using 100 in the seat calculation, but made a last-minute U-turn which, he said, has no legal basis, but was merely “an act of parliamentary dictatorship”.

Pheu Thai leader Chonlanan said in parliament today that several party members have been considering the formation of another party, to beat the proportional representation formula in party-list seat calculation.

In the last election, several key Pheu Thai party members broke away to form the Thai Raksa Chart party to contest the election. The party was, however, later dissolved by the Constitutional Court for nominating a member of the Royal Family, Princess Ubolratana, as its prime ministerial candidate, before the March 2019 election. 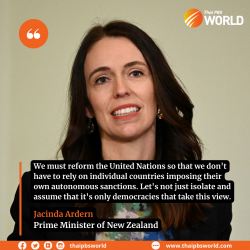 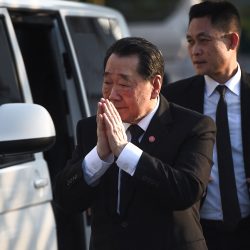