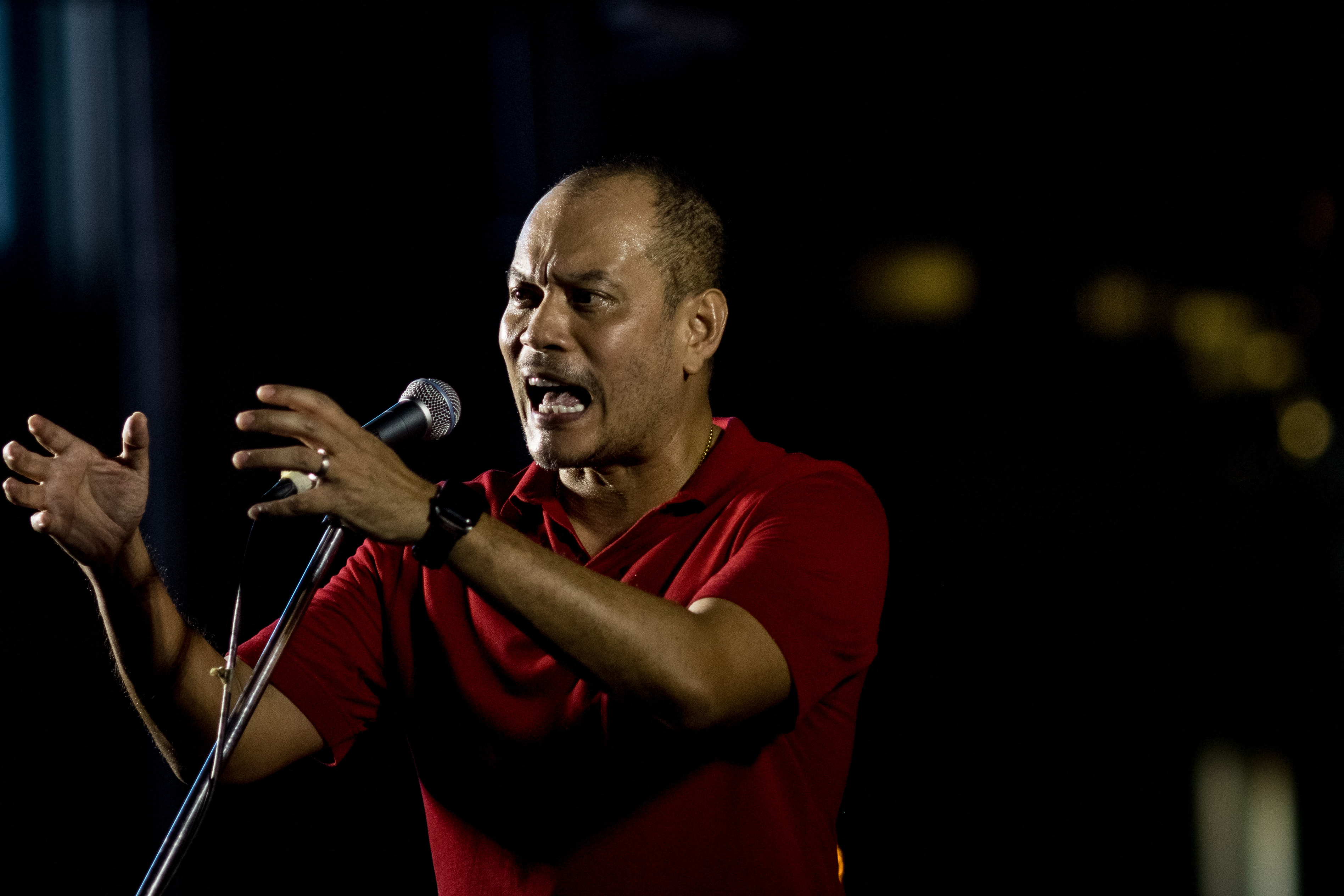 FILE / Nattawut Saikuar addresses the crowd during a demonstration in Bangkok. / AFP

Former Pheu Thai MP Nattawut Saikua has returned to the party as the director of the “Pheu Thai family”, whose first assignment is to visit the north-eastern province of Si Sa Ket to recruit new “family” members, with an ambitious aim at a landslide win in this province in the next general election.

Nattawut, who is best known for his role as one of the leaders of the United Front for Democracy Against Dictatorship (UDD) or the Red Shirts, was given a hero’s welcome at a book store event, in Khlong San district of Bangkok today (Wednesday), presided over by Paetongtarn Shinawatra, head of the so called Pheu Thai Family and advisory chair of public participation and innovations for the party.

Nattawut said today that a simple election win by the Pheu Thai party is not enough under the present election rules, but the party and its allies must win more than half of the seats in the Lower House to prevent the other camp from forming the government.

According to Paetongtarn, Nattawut has been assigned to recruit new members across the country, in preparation for the next general election, in which the Pheu Thai expects to stage a political comeback with a landslide win.

He left the Pheu Thai party to join a newly-formed Thai Raksa Chart party, with several other Pheu Thai MPs, under exiled former prime minister Thaksin Shinawatra’s strategy to redistribute wealth. The party was, however, dissolved by the Constitutional Court for nominating HRH Princess Ubolratana Rajakanya as its prime ministerial candidate.

Nattawut and a few other Pheu Thai members were sentenced to two years and eight months in prison by the Supreme Court for their leading roles in the siege of the residence of then president of the Privy Council, General Prem Tinsulanonda, in 2007. He was released in March last year.

In Si Sa Ket province, he is scheduled to meet the people in three districts, namely Khun Han, Rasi Salai and Uthumporn Phisai, and to recruit new members on the turf of three renegade Pheu Thai MPs, who defied the party’s whip and voted in support of the government’s budget bill. The three have defected to the Bhumjaithai party.

The Saturday event for Nattawut has been named “Pheu Thai family’s invasion of Si Sa Ket to chase away rodents and cobras”. Nattawut said today that the challenge of winning a landslide election victory is not an easy one and the only possible way to achieve the goal is to go directly to meet the people and to convince them to join the “family” or the party. 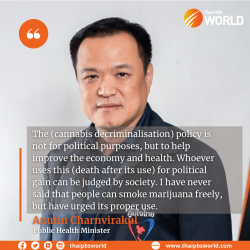 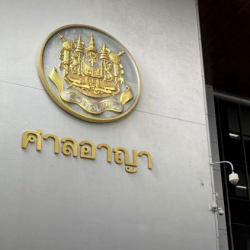