In a last-ditch bid to win the support of the Democrat and Bhumjaithai parties to stop current Prime Minister Prayut Chan-o-cha continuing in office, the Pheu Thai party has withdrawn its demand for the prime minister’s post and dropped all other political pre-conditions.

The party’s webpage today carries a statement from Khunying Sudarat Keyuraphan, the party’s election strategy chairman, saying she will not accept any cabinet portfolio in the new government, but pleading with all the pro-democracy parties to join forces to defeat a “dictatorship in disguise”.

Attempts by the Pheu Thai party to form a coalition government, with slim majority in the House, have been unsuccessful.

The party managed to get support from six parties, including Future Forward, whose combined seats number fewer than 250 in the 500-member House of Representatives.

In her Facebook post on Sunday, Sudarat described Democrat party leader Jurin Laksanavisit as the savior who can stop military dictatorship and restore democracy to Thailand, like the infinity stones in the “Avengers Endgame” film.

Time is running out as parliament is due to be formally opened this Friday by His Majesty the King.

The House and the Senate will meet separately on the following day to elect their respective speakers, after which a joint sitting of the two houses will be convened to elect the prime minister.

The Pheu Thai party desperately needs the backing of both the Democrat and Bhumjaithai parties to pre-empt General Prayut’s bid for a second term in the office, but the two parties have played a waiting game by not committing to either camp – Pheu Thai on the one hand and the Palang Pracharat on the other.

However, the Democrat party’s problem is more complex because they are torn between joining a government, of whatever type, versus assuming the role of an independent opposition. 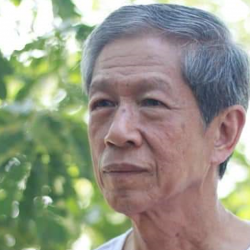