Thailand’s opposition Pheu Thai party has been asked to reconsider its plan to invite members of the public to cast their votes, via a website, during or at the end of the opposition’s no confidence debate against Prime Minister Prayut Chan-o-cha and five ministers, due to take place in parliament from August 31st to September 3rd.

Government spokesman Thanakorn Wangboonkongchana said today (Thursday) that a censure debate is a mechanism for opposition parties to keep a check on the government, but urging people to vote against the government is not, adding that, if the opposition has valid evidence of alleged wrongdoings by the government or any ministers, there are other legal channels through which they can proceed to take action.

Meanwhile, Mr. Seksakol Atthawong, vice minister attached to PM’s Office, accused the Pheu Thai party of using contemptuous language when attacking the prime minister in its written censure motion and of resorting to dirty tactics against the government, citing the signature collection campaign to oust the prime minister.

He also threatened to invoke lèse majesté charges against any opposition MPs who refer to the monarchy in a disrespectful way.

The Pheu Thai party’s secretary-general Prasert Chanthornruangthong, said today that the party’s MPs will prove its allegation, that this government is “arrogant and power hungry” in the centralisation of the management of the COVID-19 pandemic and procurement of vaccines, among others.

He said that the censure debate will lead to a change of government, as he urged members of the public to vote against the government, in parallel with the vote in parliament. 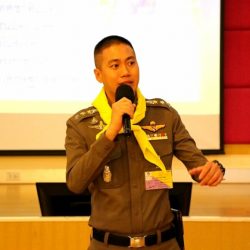