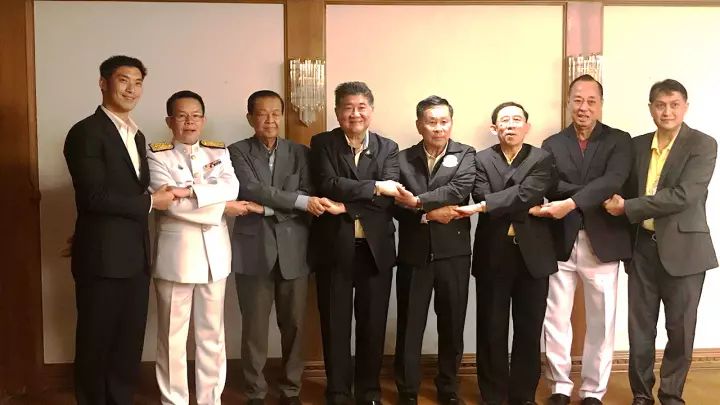 The Pheu Thai-led coalition of seven parties today reaffirmed their determination to stop the junta and Prime Minister Prayut Chan-o-cha in their efforts to retain power.

Core members of the seven parties met today to discuss their political stance and to assess the latest political developments.

Speaking on behalf of its alliance, Pheu Thai secretary-general Phumtham Wechayachai said that the grouping maintains its stance of restoring real democracy to Thailand, ending the junta’s pursuit of power and rewriting the Constitution to return normalcy to the country.

Asked which candidate the grouping will support for the premiership, Phumtham was non-committal, saying that there are still processes that are yet to be undertaken, such as the Royal approval of Mr. Chuan as the House speaker.

Meanwhile, the Palang Pracharat party embarked upon its first visit to woo the Democrat party with a formal invitation to join its coalition.

Asked about the Democrats’ likelihood of joining the Palang Pracharat’s coalition, Phumtham only said that honest politicians must keep their promises to the people and must not betray their supporters.

Future Forward party leader Thanathorn Juangroongruangkit, meanwhile, said that he had invited the Democrats to join the pro-democracy alliance by offering to “shop whatever cabinet portfolios” they want.

“You can take a look at the staircases of our party offices, which were polished clean and shiny waiting, every day, for the Democrats to come,” said Thanathorn, adding, however, that the Democrats are negotiating for more after getting Mr. Chuan elected as the speaker of the House. 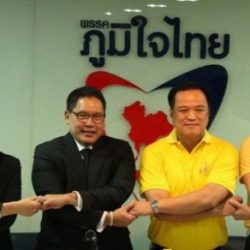 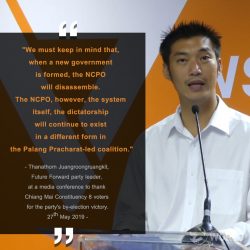