Fine Arts Department director-general Mr. Anan Chuchote said today that the WHC had suggested that Thailand prepare relevant documents for the next step in the process of listing them.

The 43rd meeting of the WHC in Azerbaijan has already referred the Thai proposal to add Kaeng Krachan forest complex, which has been on the tentative list for 9 years, back to the state parties due to unresolved human rights issues with ethnic Karen people living in the forest complex.

Thai delegation to the WHC meeting spent the breaks lobbying for support for the head of the delegation, Mr. Sihasak Puangkateekaeo, to be given a seat on the WHC.

Mr. Sihasak said that the Thai delegation had proposed an initiative to apply new technology in conservation and the promotion of Thai identity, particularly in the telling of history and providing information on important historical venues for the younger generation.

Thai ambassador to France, Mr. Sarun Charoensuwan said that, in September, the Thai delegation will step up its lobbying for a Thai representative to sit on the WHC. He says he expects a positive result from member countries.

Election of the new WHC for the 2019-2023 term will be held at the 22nd meeting of the WHC assembly in November at the UNESCO headquarter in Paris. 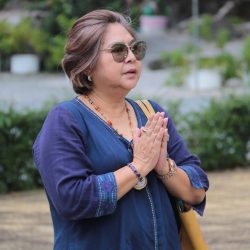 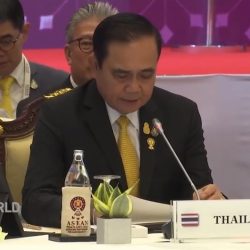