The Democrats are cautiously optimistic and the Republicans are clenching their jaws, but if chaos could speak, it would wholeheartedly thank American voters for the midterm results. The slippery slope toward messy, if not violent, democracy has not disappeared with a hung parliament the balloting has just delivered. Rather, it’s looming arguably larger.

It’s a peculiar situation. On the one hand, the citizens have given the rival politicians almost equal support, which should become a spur to closer and more constructive cooperation. On the other hand, “narrow margins” are oftenbad news in cutthroat, winner-takes-all politics, and the fierce fights will most likely become fiercer.

The Democratic government will get to keep the Senate, whereas the Republican opposition is taking control of the House of Representatives. Ultimately, however, at stake was not who controls what. Both parties have taken turn in dominating the US Congress or their two chambers for ages, but  the challenge is never this big and complex. It’s about how the country can keep the very spirit that makes democracy works _ checks and balances that are sincere and not demonized; the acceptance that political enemies are for the greater good; and media that are not virtual mouthpieces of anyone or who are not blind to wrongdoings of those they support.

Those principles are in jeopardy. Checks and balances are threatening to go out the window, with the Republicans now being made to associate closely with “election deniers” and everything the Democrats say are, to one camp, “fake news”. Political rivalry that is usually essential to democracy is apparently degenerating into “protectors” of the system on one side and “destroyers” of the system on the other. As for the media, neutrality, prudence and ethics are fading, with whatever Donald Trump says being only “lies” and “misinformation” and the journalistic ethical word “alleged” replaced by “blatant.”

No good democracy can exist in such an atmosphere. The Democrats’ optimism is self-serving, although their rhetoric is that the midterm outcome is not good just for them, but for American democracy as a whole. The Republicans’ determination to recapture power is also born out of self-interest. If both partiesstop at nothing in their bids to boost their egos, the whole system is in trouble.

More so if Trump wins nomination and Joe Biden, despite his age, decides to seek re-election and gets a nod. The rematch of the last presidential race would make chaos’ dream come true. The former has announced his intention to run, while the latter will not make his final decision known until next year but some media outlets have suggested he might compete.

Potentially standing in Trump’s way are new Republican rising star Ron DeSantis, the governor of Florida, and some other possible candidates, as well as the midterm results that some say are subdued because of the former president. Biden’s age could play a big role in 2023-2024.

But even if the rematch scenario does not materialise, politics will be very acrimonious from now on. House Republicans will have subpoena power and control over powerful committees. How they wield the newfound powers and how the Democrats react to it would most likely aggravate the situation. It will be personal and not the normal business of democracy.

It is reported by CNN that House Republicans would plot potential probes into everything from the chaotic pullout from Afghanistan, border policies being overseen by Homeland Security Secretary Alejandro Mayorkas, the origins of the COVID-19 pandemic, the FBI search of Mar-a-Lago, business dealings involving Biden’s son, Hunter, as well as the bureaucratic decision-making behind COVID-19 such as school closures and vaccine mandates.

Economy will become bitterly bipartisan too, with common sense likely to give way to rocking the boat and/or false pride. According to CNN, a very risky scenario involves the need to raise the US government’s borrowing ceiling sometime. The Republicans can seek to force steep spending cuts in return for voting for legislation, a stand that can be deemed as “holding the global economy hostage for political reasons.” Domestic political turmoil can spread dangerously overseas as the Democrats could utilise failure to lift the debt limit if the United States is to default on its obligations and consequently throw the economy into a deep crisis.

Some Republican plans are more potentially explosive than others. But if House Republicans think they should push for a counter-narrative regarding the Capitol “riot”, chaos would smile very broadly.

To be fair to midterm elections, they did try to produce the kind of environment that democracy can thrive on _ a government on its toes and opposition strong enough to scrutinise effectively. Problem is that the Democrats and Republicans have the potential to do everything necessary to be neither. Only being a strong government facing weak opposition is the utmost objective.

It’s the zero-sum game nature of the contests that make political peace all but impossible. Chaos is counting on that. 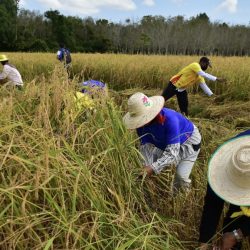