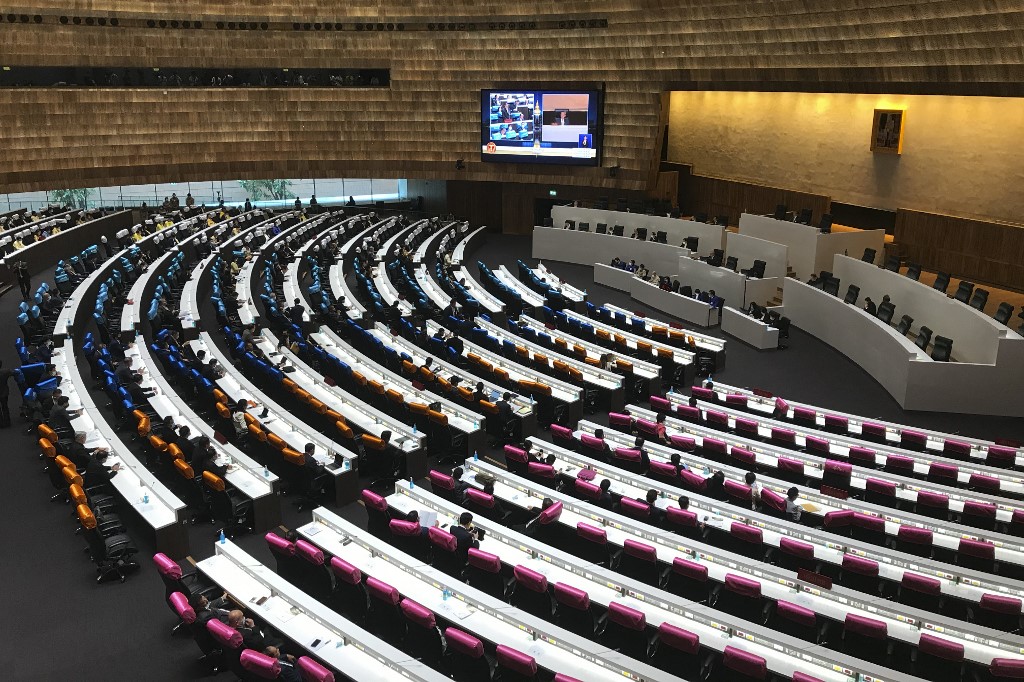 Thailand’s joint parliamentary session voted last night (Thursday) to accept, in principle, only one of the thirteen draft constitutional amendments – to bring back the two-ballot system.

The draft, proposed by the Democrat Party, passed in its first reading, after debate over Wednesday and Thursday, by 552 votes to 24. Similar proposals, made by both the ruling Palang Pracharat Party and the opposition Pheu Thai, were rejected.

This means that various other proposals, including the removal of Senate’s power to select a prime minister, proposed by both government coalition and opposition parties, were also rejected.

The dual ballot draft will now need to go through another vote in its final reading. The two-ballot system, to have 400 constituency and 100 party list MPs, instead of 350:150 currently, stands to benefit large parties. The current single-ballot system makes it almost impossible for any political party to gain a parliamentary majority and form a one-party government, as Thaksin Shinawatra’s Thai Rak Thai had done in the past.

Yesterday, hundreds of anti-establishment protesters rallied in support of the opposition’s draft charter amendments and to renew their calls for Prime Minister Prayut Chan-o-cha’s resignation. Among their demands were removal of the junta-appointed Senate and having the charter amended by an elected committee.

Meanwhile, the “Re-Solution” group has gathered as many as 70,000 signatures, more than the required minimum of 50,000, to submit its charter amendment proposals, which include the abolition of Senate. 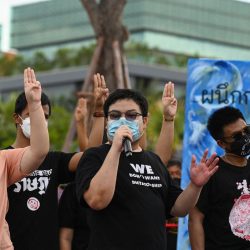 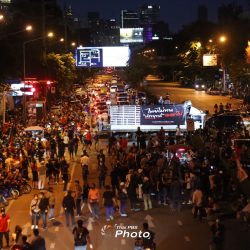