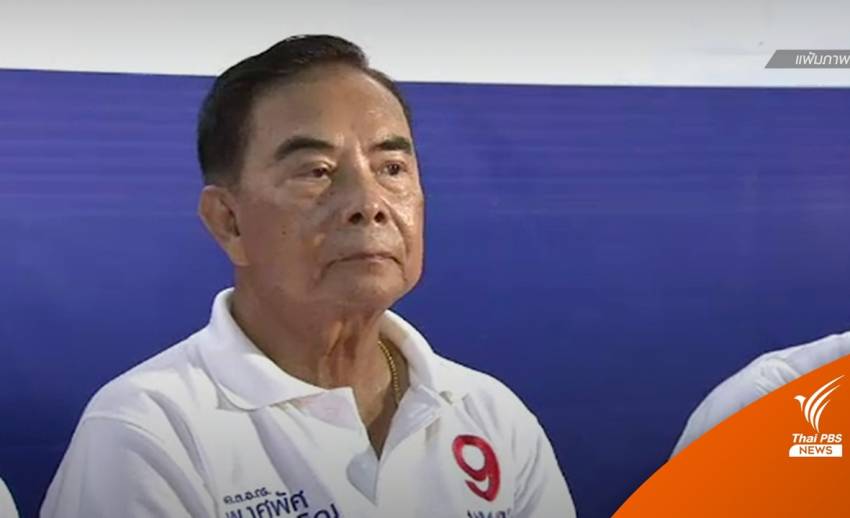 Retired Army general Pallop Pinmanee dropped the first political bombshell of the new year when he claimed Thaksin Shinawatra “green-lighted” his removal as a Pheu Thai member – an allegation that could lead to the opposition party’s dissolution.

It remains unclear why Pallop chose to spill the beans, but some observers suspect the move is an attempt to get Pheu Thai disbanded.

Pallop, 85, claims he was barred from attending Pheu Thai’s general meeting in late October because his name was removed from the guest list. He said he phoned new party leader Chonlanan Srikaew for an explanation and was told that former PM Thaksin “wanted him removed”.

Thaksin and Chonlanan were quick to refute Pallop’s claim. The ex-PM claims he has no involvement with Pheu Thai’s internal affairs.

Meanwhile, the Pheu Thai leader denied stripping Pallop of his party membership. He also insisted the party’s executive board has never allowed a non-member to dictate or influence its internal affairs, including the ouster of members.

Known for his hawkish standpoint, Pallop has faded from the political scene in recent years.

During Thaksin’s premiership, he was entrusted with security matters, serving as deputy director-general of the Internal Security Operations Command and charged with combating the deep South insurgency.

ISOC’s No 2 effectively oversees the agency, as the post of director-general is held either by the PM or defence minister, who are often busy with their main duties.

Pallop was blamed for the April 2004 killing of 32 suspected insurgents who were holed up at Krue Se mosque in Pattani province following attacks on 10 police outposts across southern border provinces.

As the senior officer in charge, Pallop ordered the assault on the mosque after a seven-hour standoff. The attack left all 32 men dead inside the mosque. Pallop argued that he had “no choice” as he was concerned that sympathetic local villagers might attempt to rescue the suspected insurgents.

However, his decision reportedly defied defence minister Gen Chavalit Yongchaiyudh’s order for a peaceful resolution to the standoff. After the incident, Pallop saw his roles diminished, and the southern forward command was dissolved.

However, that didn’t stop him from questioning the defence minister’s capability in dealing with the southern insurgency. Gen Chavalit called him “Thailand’s General MacArthur”, after the World War II US military leader known for his hawkish and radical views.

Two years later, Pallop was ousted as ISOC’s No 2 after his chauffeur was caught driving a car laden with 4.5 kilos of explosives near PM Thaksin’s residence in Bangkok in August 2006. Police said the device was primed for detonation but Pallop claimed the explosives were merely being transported and were not assembled.

Born on May 25, 1936, Pallop graduated from the Chulachomklao Royal Military Academy in the famous Class Seven, whose key members formed the “Young Turks” group, who would later take key political and military roles.

He began his military career as a commando, conducting CIA-financed guerrilla missions in Indochina during the Vietnam War in the 1960s.

Pallop also claims to have headed a state-sponsored assassination squad tasked with “killing the leaders of communist groups all over Thailand”.

From the mid-70s, he was involved in several military coup attempts – some successful – along with other young Army commanders.

After the government of his boss Thaksin was overthrown in the September 2006 putsch, the post-coup junta appointed Pallop as an advisor to ISOC.

Pallop became PM Yingluck’s adviser on security affairs. But his proposal for an amnesty bill to bring Thaksin back home backfired and ignited massive street protests that culminated in another military coup in May 2014. 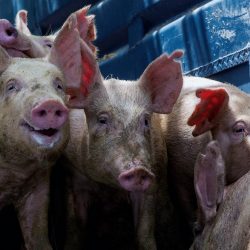 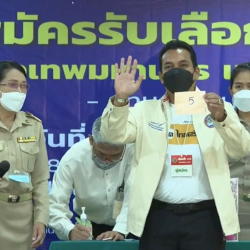