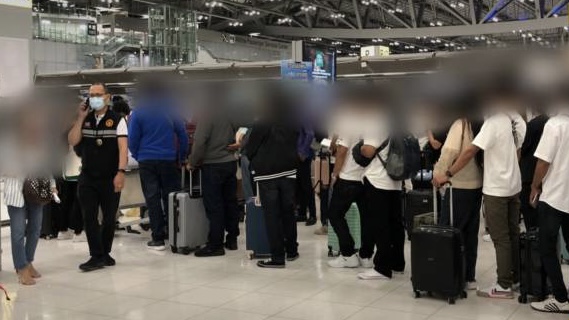 A group of 106 Thai nationals have been deported back to Thailand after South Korean immigration officials, at Jeju international airport, refused them entry because they were suspected job seekers, not tourists.

This is the second mass deportation from South Korea. On Wednesday, a group of 115 Thai nationals, arriving on Jeju Island from Bangkok’s Suvarnabhumi international airport, were also refused entry for the same reason.

The 106 Thais are due back at Suvarnabhumi international airport today (Sunday).

149 Thai passengers had bookings on Jeju Air’s flight 7C2244, bound for the touristic Jeju Island, and were scheduled to leave Suvarnabhumi international airport at 3.10am Saturday. However, 17 were turned back at immigration control in Bangkok when officials suspected that they may be travelling to South Korea to seek work.

The remainder were allowed to board the plane, but 106 were refused entry on arrival and immediately deported.

South Korea media reported that Jeju Island has become a new destination for illegal migrant workers from Thailand. They masquerade as tourists, because tourists are allowed to enter the country without a visa for up to 90 days. All foreign visitors do, however, have to register online in advance for the Korea Electronic Travel Authorisation (K-ETA). 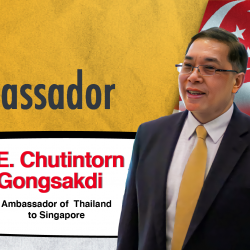 The Ambassador: Singapore is a “fountain of knowledge” for Thailand 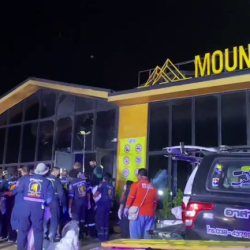