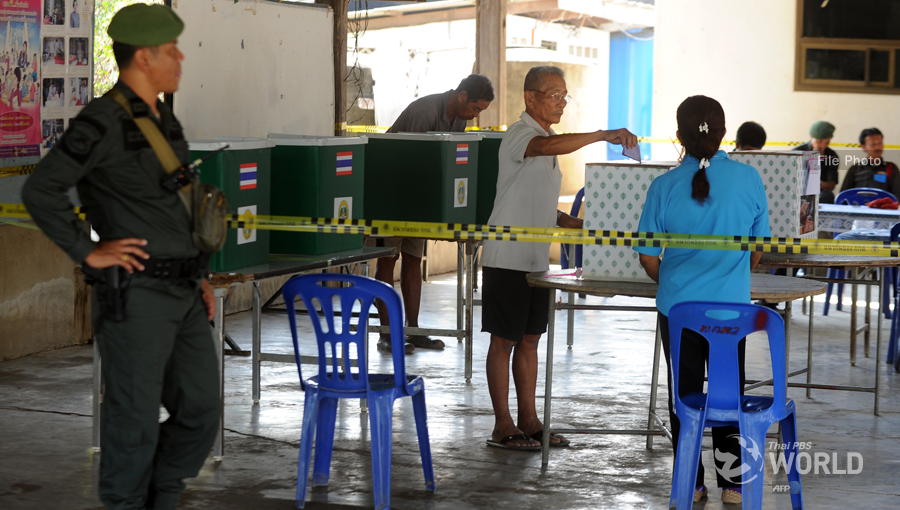 Over 100 politicians, mostly members of the trouble-plagued Pheu Thai party, showed up at the office of the Election Commission on Monday to submit their resignations from their original parties to switch political affiliation in what was seen as a mass exodus on the last day of party membership registration.

Failing to apply for membership of a party within November 26 deadline means the loss of the chance to contest the forthcoming election tentatively scheduled on February 24.

Some of the defectors told the media of the new parties they intended to join while others said they were not sure they would be able to join the new parties in time after their resignations on Monday.

Some of them said they didn’t submit their resignation letters with their original parties because they didn’t trust that the letters would reach the EC on Monday in which case they might not be able to contest the election.

There was a case of Mrs Natthaya Dangbu-nga, former MP of the Democrat party, who caused confusion among members of the media about her actual status.

The former actress reportedly sent two resignation letters to the EC’s registrar on Monday – the first letter to quit the Democrat party at 9.20 am and the second letter, at 1.10 pm, to quit the Bhumjai Thai party.

To end the confusion, she denied she was quitting the Democrat party, saying she came to the EC’s office to do some business for her sister.  She maintained she has always been a Democrat.

The party also unveiled Pol Maj-Gen Wichai Sangprapai, former deputy commissioner of Metropolitan Police as its new member who will contest in one of Bangkok constituencies.

All eyes  are still on Prime Minister Gen Prayut Chan-o-cha who has yet to formally decide on his political future.  However, the fact that he hasn’t become a member of any political party and will not run in the election doesn’t preclude his chance of being a candidate for prime minister.