The four-day censure debate, targeting Thailand’s Prime Minister Prayut Chan-o-cha and 5 of his cabinet colleagues, ended before the 7pm agreed deadline, with a mass walkout by the Opposition, which had been thrown into disarray due to their mismanagement of the time allotted for debate. Four former Future Forward MPs were left frustrated by missing their chance to grill Deputy Prime Minister Prawit Wongsuwan and Interior Minister Anupong Paochinda.

The former Future Forward MPs, led by party-list MP Pita Limjaroenrat, successor to Thanathorn Juangroongruangkit, held a news conference, separate from the rest of the opposition parties, after the end of the censure debate. Several of them accused Pheu Thai, the core opposition party, of mismanaging the time by allowing its MPs to speak beyond the time limits.

Bangkok MP Mr. Jirawat Aranyakanont said he doesn’t want to believe that there was collusion between Government and Opposition whips, aimed at sparing Deputy Prime Minister Prawit from the censure debate by putting him at the end of the list of ministers to be grilled, instead of being right after the Prime Minister.

Former deputy spokesman of the now defunct Future Forward party, Nattha Boonchai-insawat, said he felt like the censure debate was fixed as he accused Pheu Thai speakers of exceeding their allotted time, adding that the party’s MPs were allotted 11 hours to speak but, in the end, four of them did not have a chance to speak.

About an hour before the 7pm deadline, it was announced that debate will end earlier, as agreed between the Opposition and Government whips, leaving the Opposition just one minute, with four former Future Forward MPs waiting for their turn.  The Government, meanwhile, had one hour remaining, they were told, after which it would be the time for the Prime Minister and the opposition chief whip Suthin Klangsaeng to make their closing statements.

Opposition chief whip Suthin Klangsaeng tried to negotiate for additional time, claiming that, if the rest of the opposition MPs were not allowed to speak, the censure debate could not be closed.  The Government refused to budge, blaming the Opposition for its failure to manage its time properly.

Suthin contended that votes to be taken after the debate will be illegal, unless General Prawit and General Anupong were grilled.

Although they are new faces in parliament, he said the MPs had worked hard to collect information and to practice debating, but lost the chance to join the debate.

After an hour of unsuccessful negotiation and argument, House Speaker Chuan asked the Prime Minister to deliver his closing statement as the Opposition walked out of the chamber, leaving only government MPs until the session was closed by the House Speaker.

Voting will take place tomorrow on individual ministers and all will survive because the Opposition is very likely to boycott the session.

The parliament will then go into recess. 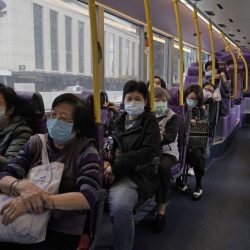 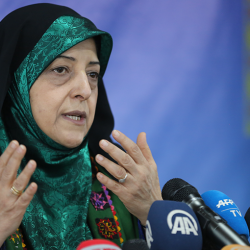