For the first time since taking office last year, the Prayut government will on Monday face a no-confidence debate, with Prime Minister Prayut Chan-o-cha and five other members of his Cabinet being the prime targets. However, though the opposition is armed with a long list of allegations, the debate is not going to be as thrilling as initially expected.

The excitement has been muted mainly by the sudden absence of the so-called political rising stars who were expected to shine in the censure debate but are finding themselves out in the cold after their party were dissolved and themselves banned from politics.

Still, the three-page manifesto for the debate has a long, detailed list of accusations, ranging from the government’s failure to tackle key problems of the country to abuse of power, misconduct, corruption and dishonesty.

The debate is scheduled to kick off at 1pm  on Monday and should wrap up by 9pm on Thursday. The House will vote on the motion on Friday before it goes into recess the following day.

Apart from Prayut, the other ministers in the opposition’s firing line will be his deputies Prawit Wongsuwan and Wissanu Krea-ngam, Interior Minister Anupong Paojinda, Foreign Minister Don Pramudwinai and Deputy Agriculture and Cooperatives Minister Thammanat Prompow.

However, the focus will be on Prayut, as not only is he in charge of the government, he also oversees the country’s economic team and is responsible for national security.

Some 20 of the 38 MPs lined up for the debate are waiting to grill the premier, a task that is expected to take more than half the time set aside for the motion.

After all, an entire page of the three-page no-confidence manifesto was devoted to Prayut, accusing him of not adhering to democracy, nor showing any faith in it, abolishing the Constitution and opening the door to huge corruption.

He is also accused of abusing his power to benefit himself, his peers and aides as well as favouring certain “evil people” with no consideration to national interest or the wellbeing of people.

Deputy PM Prawit, meanwhile, is being targeted with allegations of dishonesty, graft, pocketing huge sums from the state budget and being unusually rich.

Wissanu, who also oversees the government legal affairs team, is accused of undermining the rule of law, abusing power by interfering in the justice system for personal benefit and for the benefit of others, leading to huge financial damages to the state.

Anupong faces accusations of serious misconduct, abuse of power and interfering with the work of government officials, while Don is being accused of facilitating benefits for a multinational company and severely violating ethical standards.

Thammanat, meanwhile, stands accused of lacking the qualifications required for his job and using his influence to protect allies without paying heed to national interest. This minister is believed to be the most vulnerable as the opposition claims to have got its hands on confidential material on him from Australia, where he had been imprisoned over drug charges.

The opposition is only targeting ministers from the key coalition party, Palang Pracharath, because it hopes to win some no-confidence votes from other coalition members.

According to the Constitution, if more than half of the 500 MPs, or 251, vote against a minister in the censure debate, he or she will have to step down immediately. If the majority votes against the prime minister, the entire Cabinet will have to resign.

However, the buzz over the first no-confidence debate in six years has been overshadowed by the dissolution of the Future Forward Party just three days before the showdown kicks off.

On February 21, the Constitutional Court disbanded Future Forward for taking a loan of Bt191.2-million from its leader Thanathorn Juangroongruangkit. The court also banned the party’s 16 executives from politics for 10 years. Of the 16, 11 were members of Parliament. Meanwhile, the party’s remaining 65 MPs need to find a new party in order to maintain their status.

The dissolution of the second largest opposition party is bound to affect the debate.

On the one hand, the court verdict is likely to weaken the opposition bloc because they have lost their main attractions, forcing them to rethink their strategy.

The two people expected to star in the censure debate were the defunct party’s secretary-general, Piyabutr Saengkanokkul, and spokesperson, Pannika Wanich. They were among the 16 party executives banned from politics, and with their absence, the debate can be expected to be boring, long drawn out and less informative.

On the other hand, these banned politicians – with Thanathorn’s leadership – have come together under a new entity called Future Forward Group and will stage a parallel “off-Parliament” debate. The group convened for its first outside-Parliament censure debate under a so-called “People’s Council” on Sunday.

The dissolution of Future Forward will intensify the political atmosphere during the debate, predicted Yuthaporn Issarachai, a political scientist from Sukhothai Thammatirat Open University. However, the academic reckons, the party has not lost its fire or ideology despite being disbanded.

“Unlike the actual debate [in the House], the off-Parliament debate is bound to be electrifying as there will be few regulations in place to control what the speakers say. So, we are certain to hear a heated debate full of accusations against Prayut and his government,” Yuthaporn told Thai PBS World.

Last but not least, the absence of the 11 banned Future Forward MPs from the House floor will definitely be beneficial for the government. With them gone, the House of Representatives now comprises 487 MPs, 263 of whom come from the coalition and 224 from the opposition.

With such a clear majority, the government obviously has little to worry about, and can expect to easily survive its first test of confidence.

The two sides of the House 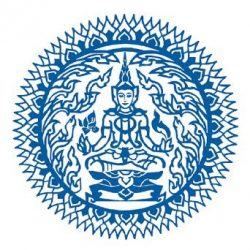 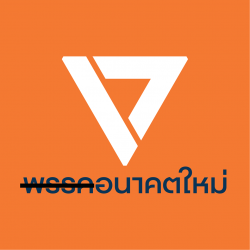