It was clear from the 50-minute conversation between US President Joe Biden and Russian President Vladimir Putin on Friday that their countries will be able to survive only through future cooperation. Both sides stated their bottom lines and their common destiny is sealed. They need to work out a compromise, which requires further negotiations face to face. These days, verbal commitments via teleconference do not amount to anything. Both need their promises in black and white.

The point of contention is longstanding: Russian security to the south, bordering Ukraine. Putin has chosen to assert his military power throughout the past months in this volatile area. It has been a deliberate arms build-up to test the Western alliance and the Biden administration.

Russia’s show of force worked because it has drawn the US out and put focus on its leading role in NATO. This will be a tough test for the Biden administration, which is facing domestic pressure on his “build back better” programs. Any distraction from the domestic front, even if it is about Russia, could backfire.

The US and Europe, Biden stressed, would respond decisively if Russia invades Ukraine. At the moment, both have a powerful tool against Russia: economic sanctions, which have already had huge negative impacts on the Russian economy and financial sector. Any more sanctions could further weaken the country’s economy, which Putin cannot afford. It is crucial that, for the time being, the US and NATO postpone Ukraine’s membership of NATO until the current tension subsides. There is no benefit in pouring more fuel on an already raging fire at this juncture.

There are, however, lessons to be drawn from the US-Russia tit for tat. Both leaders have to appear tough for their domestic audiences. Biden has threatened Putin with more sanctions if Russia invades Ukraine. In response, Putin stressed that any more sanctions would ruin their bilateral relations. These kinds of exchanges are not conducive to peace.

Washington and Moscow have known how to duel with one another, diplomatically and militarily, since World War I – transitioning from allies to arch enemies. There are differences between the ongoing US-Russia and US-China spats. On the US side, harsh rhetoric is aimed at weakening China’s international image as a rising power, while the Chinese side frequently stresses win-win cooperation. Washington is silent on Russia’s questionable domestic human rights record.

As the year of the Tiger kicks in, the US has two formidable adversaries, arguably of its own creation. Biden can change this dangerous trajectory if he takes into account the real shift of geopolitics in Europe and the rest of the world. Biden has an ambitious plan to democratise the world, thinking the American model is a global aspiration. It is a non-starter for the majority of the international community, which is yet to overcome abject poverty and a lack of basic health care, especially during the pandemic. Southeast Asia is a good case study, as the US, Russia and China are competing vigorously for influence.

In the past several weeks, the spread of Omicron, high inflation and other irritants in the US have blacked they eye of the Biden administration. The midterm elections are approaching and any misstep could cost the Democratic Party its majority in the Upper House, which he can ill afford.

In the next face-to-face meeting in Geneva next week, it is highly likely that the two superpowers will be able to come to a security arrangement that would guarantee Russia’s southern security and Ukraine’s territorial integrity. Anything short of this objective would be a lose-lose proposition for the US and Russia and the rest of the world. 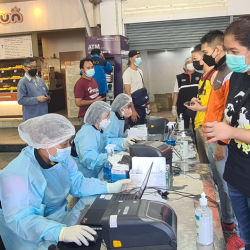