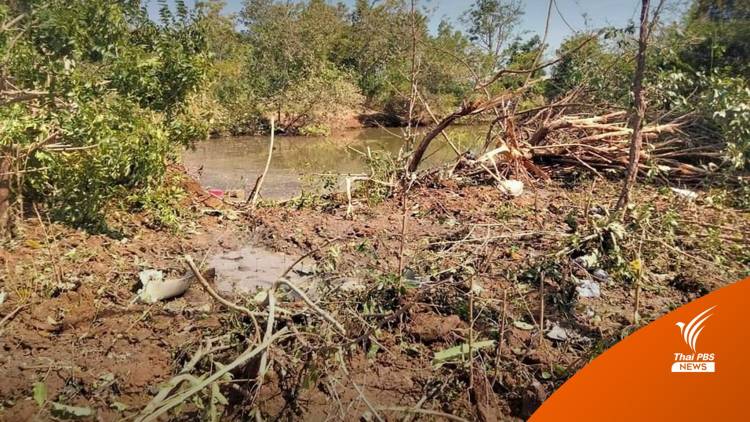 Thailand’s Wildlife Forensic Science Centre has identified the large bird which collided with a Royal Thai Force F5 jet, causing it to crash into a rice field in Chai Badan district of Lop Buri on December 3rd, as an open-billed stork.

Dr. Kanita Oueythavorn, head of the centre at the Department of National Parks, Wildlife and Plant Conservation, told Thai PBS that the bird was identified from a small piece of bone and blood stains found at the site of the crash by DNA analysis.

The DNA matches that of an open-billed stork, said Dr. Kanita, adding that the carcass of the bird and even its feathers were completely destroyed in the mid-air impact, which broke the cockpit windshield.

The pilot of the jet sustained some injuries after he lost control of the plane and ejected.

Dr. Kanita warned that there is a likelihood that a similar accident could occur again because of the large number of open-billed storks in the rice fields and swamps in Lop Buri and neighbouring central provinces, collectively known as the country’s rice bowl.

To avoid a repeat of the accident, Dr. Kanita said further studies of the birds’ migration route, their hunting and breeding habits are necessary.

Once described as migratory birds, open-billed storks have become domestic birds due to plenty of food, such as molluscs, in natural settings in the rice fields of the central region.

Rice farmers do not kill or try to expel the birds because they eat the molluscs, which threaten the rice plants.