Every September, leaders from around the globe have the opportunity to tell the rest of us how well their countries have been doing. If time permits, they also talk about what they want to do for the world, especially in terms of contributing to international peace and stability. Speeches by the top global leaders, especially the US and China, are therefore scrutinized down to the last detail and make headlines.

As expected, the 33-minute speech by President Joe Biden at this year’s United Nations General Assembly offered an overview of the current leading superpower’s to do list. Biden reconfirmed his administration’s foreign policy outlook of seeking cooperation from allies and friends in fighting common challenges such as the climate crisis, COVID-19 and terrorism.

He also pledged that force would be a tool of last resort, as the US is “opening a new era of relentless diplomacy.” That’s good news, as we watch the US ramping up rhetoric and other manoeuvres to compete with China, and vice versa.

In his prepared video speech, Chinese President Xi Jinping also said all the right things, regarding how the world’s superpowers can live and cooperate with one another, but his view was from a different perspective.

Xi reiterated that disputes among countries “need to be handled through dialogue and cooperation.” As China’s power grows relentlessly, Xi reminded us that “one country’s success does not have to mean another country’s failure.” China, according to Xi, will have provided 2 billion doses of vaccines to the world by the end of 2021, has donated US$100 million to COVAX and 100 million vaccine doses to developing countries.

In a separate virtual summit on COVID-19, Biden said the US is purchasing another 500 million doses of the Pfizer vaccine, to donate overseas, and is providing US$370 million to administer the jabs.

When the globe’s powerful leaders make promises from the UN podium, the world takes notice. Truth be told, however, very few of them will be able to follow up on those wonderful pledges, especially initiatives and plans that could save the world from nuclear Armageddon and the pandemic. Glancing quickly through the speeches from past years, it quickly becomes obvious that some of the promises have not been kept.

It remains to be seen how the huge vaccine donations, by the US and China to developing countries, will help ameliorate their mutual enmity. In simple terms, if both Biden and Xi want to save lives threatened by the coronavirus, they would do well not to end up destroying the world instead due to their unyielding superpower syndrome.

It therefore came as little surprise that the UN Secretary General, António Guterres, minced no words in warning that the world must wake up, as we are on the edge of an abyss and moving in the wrong direction. The UN chief knows, better than anyone, the precarious condition of our planet.

Both the US and China can make or break our world, so they must be held responsible if anything goes wrong in the coming months or years. Both sides know exactly what to do to escalate or de-escalate any talk of war or insurmountable conflict. They also know that, when the big two cooperate on common transnational challenges, humanity breathes a sigh of considerable relief.

US special envoy to Haiti resigns over migrant expulsions 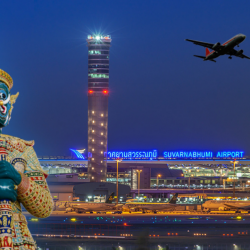