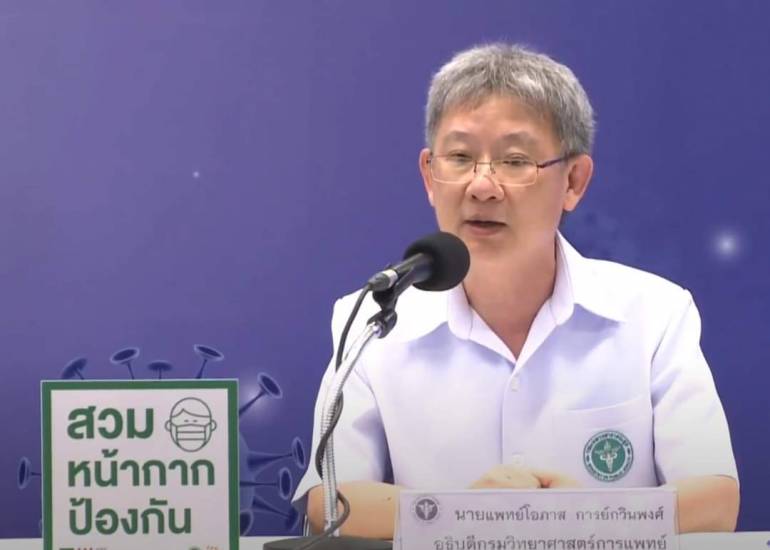 Health investigators have been looking into how a Thai prisoner was infected with the G strain of COVID-19, the same strain which is now spreading worldwide.

Director-General of the Medical Science Department, Dr. Opas Karnkawinpong, told the media on Friday that the G strain is the one found among infected returnees from abroad in state quarantine.

According to epidemiological data, he said that the G strain is easily communicable, but it is less serious than the original strain found in the Chinese city of Wuhan, where the outbreak originated.

He said infection can be avoided if everyone strictly observes basic hygiene requirements, by wearing face masks outdoors and regular hand washing with sanitizer.

Last week, a pub DJ, who was being held on remand, was found to be infected. It is believed that he caught the infection at one of his work places from returnees from abroad.  The finding has prompted health officials to trace more than 1,000 people who had been in close contact with the infected DJ.

Over half of them have been given swab tests and the results are negative.

The DJ is Thailand’s first locally transmitted case in more than 100 days.