“One minute to midnight” says Johnson as climate conference opens 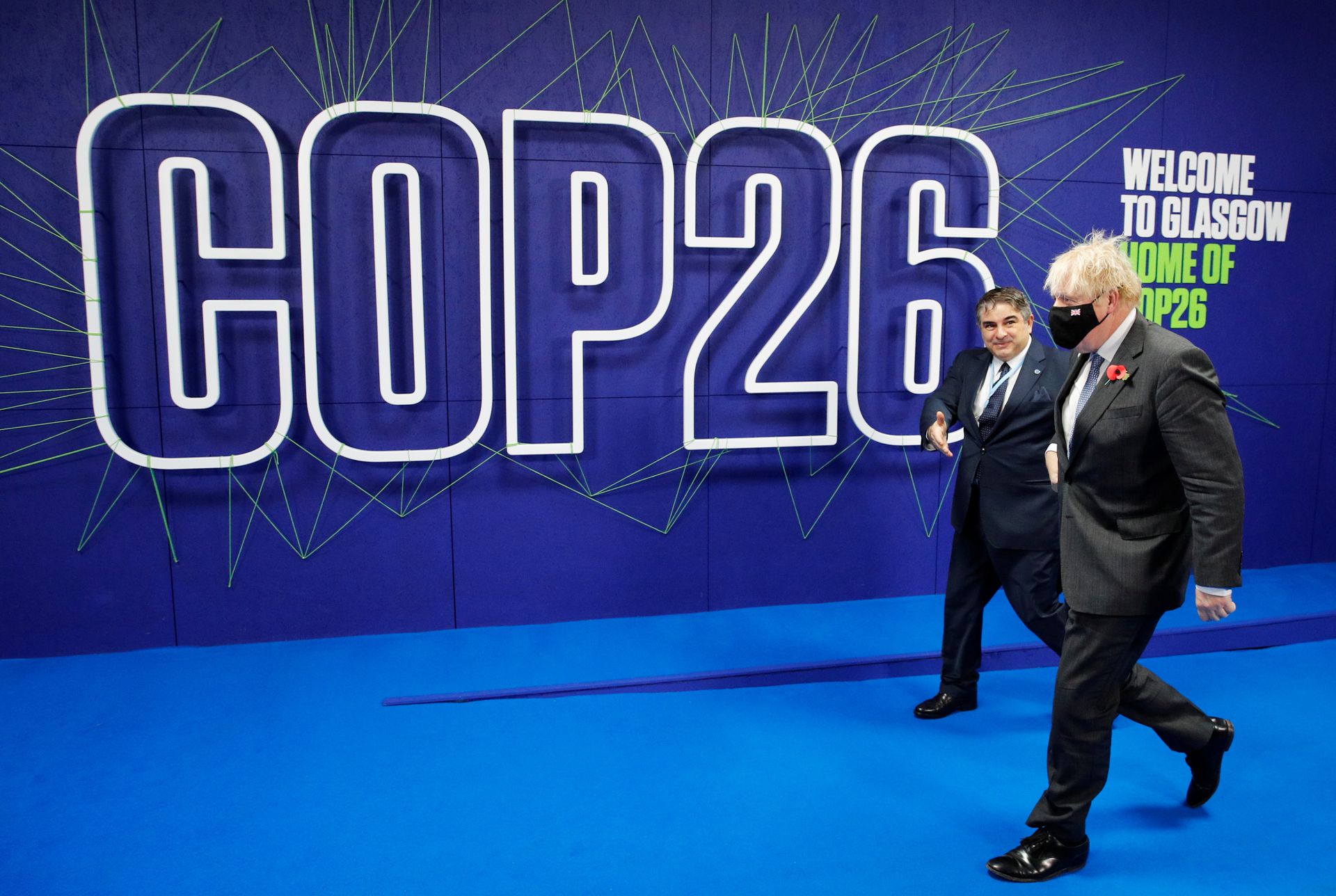 GLASGOW, Nov 1 (Reuters) – A U.N. conference critical to averting the most disastrous effects of climate change kicked off on Monday, its task made even more daunting by the failure of major industrial nations to agree ambitious new commitments.

The COP26 conference in the Scottish city of Glasgow opened a day after the G20 economies failed to commit to a 2050 target to halt net carbon emissions – a deadline widely cited as necessary to prevent the most extreme global warming.

Instead, their talks in Rome only recognised “the key relevance” of halting net emissions “by or around mid-century”, set no timetable for phasing out coal at home and watered down promises to cut emissions of methane, a greenhouse gas many times more powerful than carbon dioxide.

Their commitment to phase out fossil fuel subsidies “over the medium term” echoed wording used by the G20 at a summit in Pittsburgh as long ago as 2009.

“Humanity has long since run down the clock on climate change. It’s one minute to midnight on that Doomsday clock and we need to act now,” British Prime Minister Boris Johnson told the opening ceremony.

“If we don’t get serious about climate change today, it will be too late for our children to do so tomorrow.”

As Johnson was speaking, Swedish activist Greta Thunberg retweeted an appeal for her millions of supporters to sign an open letter accusing leaders of betrayal.

“This is not a drill. It’s code red for the Earth,” it read. “Millions will suffer as our planet is devastated — a terrifying future that will be created, or avoided, by the decisions you make. You have the power to decide.”

Many of those leaders were due to take to the stage in Glasgow at the start of two weeks of negotiations that conference host Britain is billing as make-or-break.

Discord among some of the world’s biggest emitters about how to cut back on coal, oil and gas, and help poorer countries to adapt to global warming, will not make the task easier.

At the G20, U.S. President Joe Biden singled out China and Russia, neither of which sent its leader to Glasgow, for not bringing proposals to the table.

Chinese President Xi Jinping, whose country is by far the biggest emitter of greenhouse gases, ahead of the United States, was due to address the conference on Monday in a written statement, according to an official schedule.

President Vladimir Putin of Russia, one of the world’s top three oil producers along with the United States and Saudi Arabia, dropped plans to participate in any talks live by video link, the Kremlin said.

Turkish President Tayyip Erdogan said he had decided to stay away after Britain failed to meet Ankara’s demands on security arrangements and protocol, the Turkish broadcaster NTV reported.

Less senior delegates – many of them held up on Sunday by disruptions to the rail service between London and Glasgow – had more mundane problems.

More than a thousand had to shiver for over an hour in a bottleneck outside the venue to present proof of a negative COVID-19 test and gain access, while being treated by activists to an electronic musical remix of Thunberg’s past speeches.

Delayed by a year because of the COVID-19 pandemic, COP26 aims to keep alive a target of capping global warming at 1.5 degrees Celsius (2.7 Fahrenheit) above pre-industrial levels – a level scientists say would avoid its most destructive consequences.

To do that, it needs to secure more ambitious pledges to reduce emissions, lock in billions in climate-related financing for developing countries, and finish the rules for implementing the 2015 Paris Agreement, signed by nearly 200 countries.

Existing pledges to cut emissions would allow the planet’s average surface temperature to rise 2.7C this century, which the United Nations says would supercharge the destruction that climate change is already causing by intensifying storms, exposing more people to deadly heat and floods, raising sea levels and destroying natural habitats.

Developed countries confirmed last week that they would be three years late in meeting a promise made in 2009 to provide $100 billion a year in climate finance to developing countries by 2020.

“Africa is responsible for only 3% of global emissions, but Africans are suffering the most violent consequences of the climate crisis,” Ugandan activist Evelyn Acham told the Italian newspaper La Stampa.

“They are not responsible for the crisis, but they are still paying the price of colonialism, which exploited Africa’s wealth for centuries,” she said. “We have to share responsibilities fairly.”

Two days of speeches by world leaders will be followed by technical negotiations. Any deal may not be struck until close to or even after the event’s Nov. 12 finish date. 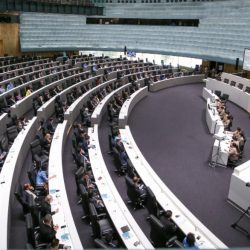 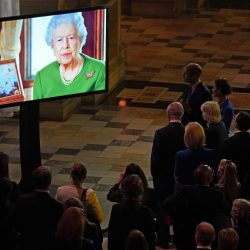