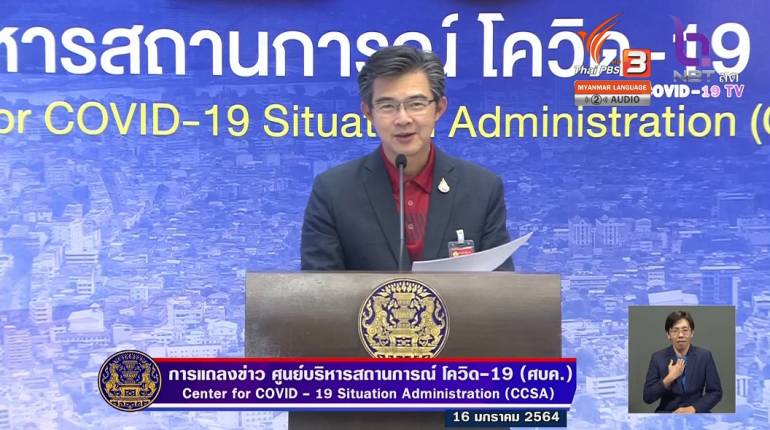 Another COVID-19 patient has died as 230 new infections are recorded today in Thailand.

CCSA spokesman Dr. Taweesin Visanuyothin said that the victim, the country’s 70th so far, was a 67-year old Bangkokresident who had visited entertainment venues on December 21stand 23rd.

The victim developed a cough, fever and runny nose on December 24th and went for a test on December 30th, which confirmed his infection, and he was admitted for treatment. He subsequently developed a lung inflammation and his condition worsened, with complications followed by acute kidney failure.

Of the 230 new cases, 209 were locally-acquired, including 126 found during pro-active screening, 83 among those under observation and 21 imported cases in state quarantine.

The imported cases include seven from the United Kingdom, six from Turkey, three from Germany and one each from Qatar, Ethiopia, Russia, the US and Malaysia.

Total cases since early last year are 11,680, including 7,443 cases since mid-December, when the second outbreak began. Recoveries, to date, number 8,906, with 2,704 others still being treated in hospitals.

Dr. Taweesin pointed out that infections during the first two weeks of January totalled 1,627, down from the 2,674 cases reported during the previous two weeks, as he thanked the public for their cooperation in efforts to limit the spread of the virus.

Among the 126 from pro-active screening, 110 are in Samut Sakhon, mostly migrant workers from Myanmar, five cases in Chon Buri, four in Rayong, two in  Samut Prakan, three in Pathum Thani and one each in Chachoengsao and Chanthaburi.

Cluster infections were the subject of discussions on Saturday morning among senior health officials, said Taweesin.

The illegal gambling cluster, originating in Rayong province, has now led to 702 infections and two fatalities, whereas the entertainment cluster in Bangkok has produced 197 infections and one death.  The cock-fighting cluster, which started in Ang Thong province, has produced 129 infections in central provinces and in Khon Kaen in the Northeast, while the shrimp market cluster in Samut Sakhon province has spread to 43 provinces, resulting in 564 infections, excluding infections among Myanmar migrant workers in Samut Sakhon.

Reconciliation committee ‘doomed to fail’ without participation from protesters 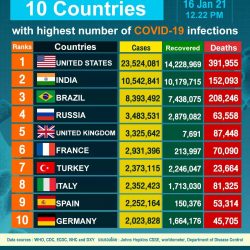