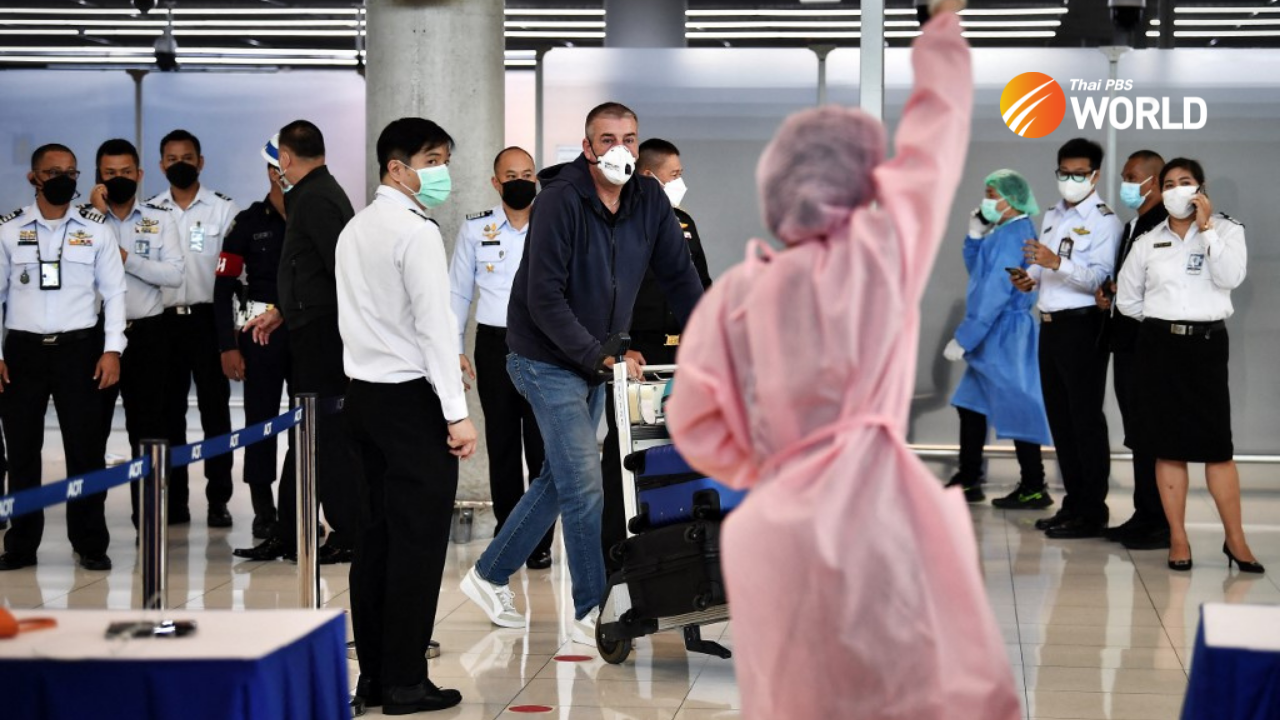 A man walks through the arrival gates at Suvarnabhumi International Airport as Thailand welcomes the first group of vaccinated tourists without quarantine in Bangkok on November 1, 2021. (Photo by Lillian SUWANRUMPHA / AFP)

The recent discovery of the Omicron variant of the coronavirus has made global stock markets highly volatile — sharply down in late November and rebounding in early December.

“The Thai stock market’s rebound on December 7 points to an easing of investor concerns about Omicron, as the latest report suggests the new variant is unlikely to be severe,” says SCB Securities Co.

An American national who arrived in the country on November 30 became the first Omicron case in Thailand. The Public Health Ministry on Thursday (December 9) confirmed two more Omicron cases and one suspected infection. These cases have revived worries among many people about their impact on the economy.

Should the new variant spread more, the tourism sector, which is yet to recover from the previous waves of the pandemic, will be hit hard again.

Japan, the European Union and the United States have imposed restrictions on travelers, while the Thai government has said it will not go down the path of lockdowns.

The number of travelers entering the country has seen a steady increase since Thailand reopened the country on November 1. A total of 133,061 arrivals were reported in November and 47,044 in the first week of December, according to the Centre for COVID-19 Situation Administration (CCSA).

A total of 350,000 foreign tourists are expected this year, rising to 4 million next year, if the impact from the Omicron variant is contained, Kasikorn Research Centre has said. Its projection is based on the assumption that the spread of Omicron will be contained by the end of the first quarter of the next year.

The number of tourists next year may plummet to 2 million if several countries, including Thailand, step up travel restrictions, the research center predicted. It warned that the loss of every million in tourist numbers would cost the country Bt70 billion to Bt80 billion in lost revenue.

If the Omicron variant is less severe than Delta, and vaccines are able to contain its spread or protect infected persons from severe illness, the government will not resort to lockdowns.

If the government is forced to once again close the country to tourists, or adopt lockdown measures to cope with Omicron, the Thai economy will expand only 2.8 percent next year, according to the research house.

“So far, the impact on the economy is not expected to be severe, but we need to monitor for a few more months to have a clearer picture,” Pisit Puapan, executive director of the Fiscal Policy Office’s macroeconomic policy, said.

He pointed out leading indicators, such as Google mobility index and Facebook movement range had improved in November.

He added that Thailand’s move to name some countries where Omicron has been spreading on the red list would not have a major impact on arrivals as they were not major sources of tourists.

The Finance Ministry expects the number of foreign tourists to rise to 7 million next year if the COVID-19 situation shows improvement.

December 9, 2021 Thailand has detected a potential Omicron case in a Thai man arriving from the Democratic Republic of Congo, with a test underway to confirm whether he is the fourth COVID-19 Omicron variant infection in the country, as the first three detections have now been confirmed, said Director-General of the Medical Sciences Department Dr. Supakit Sirilak, today (Thursday).

Negative impact on consumer confidence is expected to be limited as the rate of vaccination is high, Pisit said.

As of December 7, 59 percent of the population had received two jabs of COVID-19 vaccines, according to the CCSA.

Private investment is also expected to gradually recover due to overall improvement in the economy this year.

Pisit said export value is expected to grow at double-digit rate — 16.3 percent — this year and 3.8 percent next year.

Exports will remain a key driver of Thailand’s economy this year.

Export value grew at the high rate of 15.65 percent in the first 10 months.

“The export growth rate could reach as high as 15 percent for a full year, but the Omicron variant is our concern,” said Chaicharn Chareonsuk, chairman of the Thai National Shippers’ Council.

The council forecasts next year’s growth at 5-8 percent on an assumption of no serious impact from Omicron.

Shoring up the economy

Thailand’s government borrowed an extra Bt1 trillion last year to contain COVID-19 and support people and businesses. This year, the government was again forced to borrow another Bt500 billion for the same purpose.

The emergence of the Omicron variant has raised questions on whether the government will need to borrow more.

Pisit said that it will depend on the policy makers’ decisions.  However, the entire Bt500 billion loan has not been used and Bt220 billion is still to be allocated, he said. So the government still has funds if it wants to boost the economy, Pisit added. 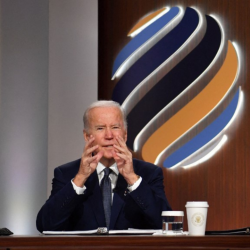